On 23 August 2019, Member States of the European Free Trade Association (Iceland, Liechtenstein, Norway and Switzerland) and of Mercosur (Argentina, Brazil, Paraguay and Uruguay) concluded in substance the negotiations on a comprehensive Free Trade Agreement.

Mercosur is an important trading partner for EFTA and will allow EFTA companies to benefit from privileged access to a market of over 260 million consumers. Current EFTA bilateral trade in goods with Mercosur totalled €5,8 billion in 2018, with EFTA exports worth €3,7 billion and Mercosur imports for €2,1 billion. Thus, the new Free Trade Agreement will allow EFTA exporters to gain from progressive tariff cuts and ensure a level playing field with its main competitors in this important market.

Negotiations towards the comprehensive Free Trade Agreement were preceded by a Joint Declaration on Cooperation, signed in December 2000, under which an exploratory dialogue with a view to possible future trade negotiations was initiated in March 2015 and concluded in January 2017. This was followed by the launch of negotiations with a first round in June 2017 in Buenos Aires, Argentina. Since then, 9 rounds of negotiations were held. 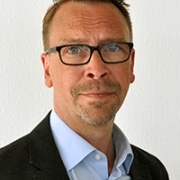