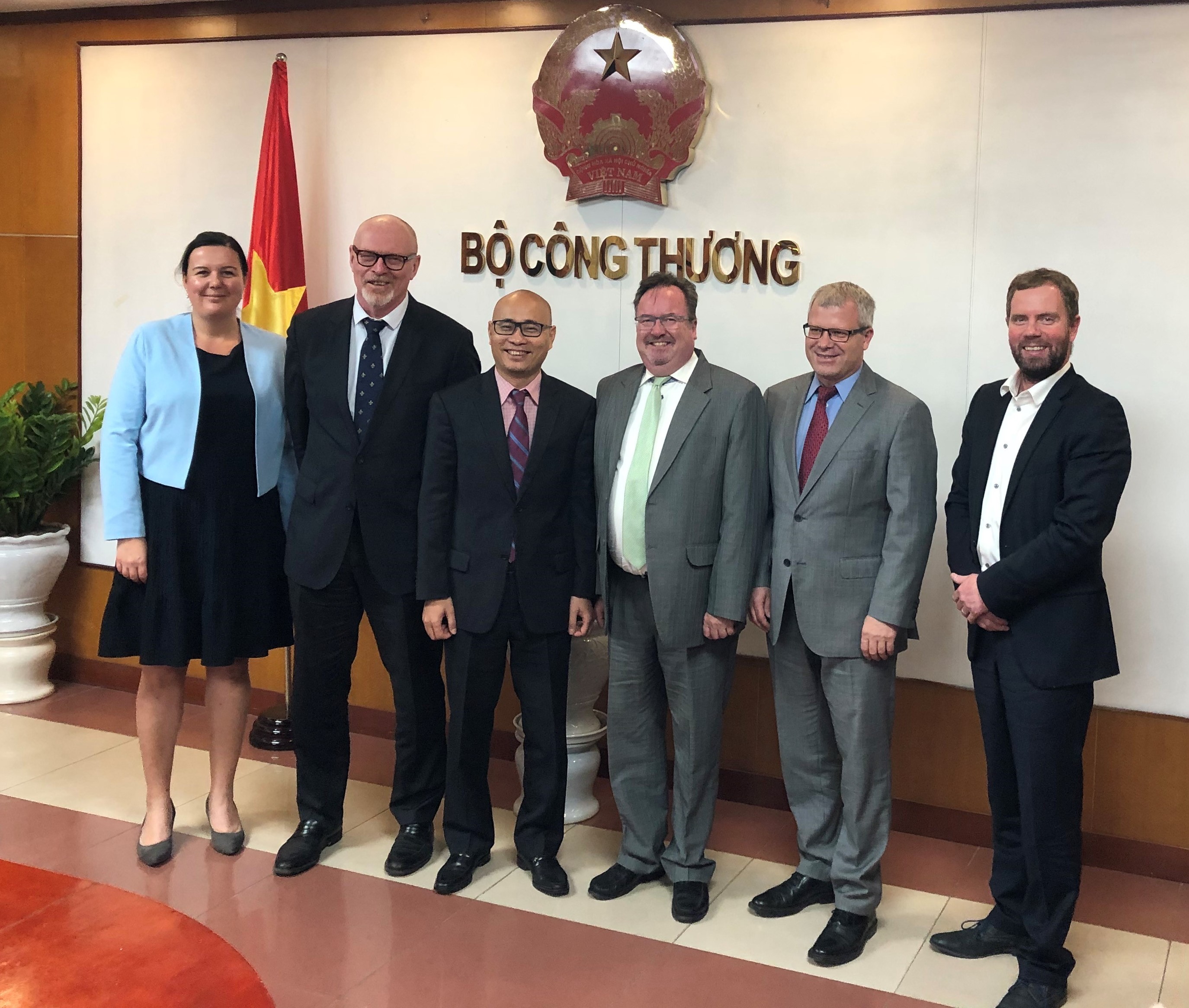 From the left: Karin Büchel, Switzerland, Sveinung Røren, Norway, Luong Hoang Thai, Vietnam, Martin Zbinden, EFTA Secretariat, Patrick Ritter, Liechtenstein, Andri Júlíusson, Iceland
From 25 November to 27 November 2019, Heads of delegations and experts in intellectual property rights (IPR) from the EFTA States and Vietnam met in Hanoi, to take stock and discuss the way forward in the negotiation process which was launched in 2012.

Mr Sveinung Røren, Director at the Norwegian Ministry of Trade, Industry and Fisheries, acted as the EFTA spokesperson while the Vietnamese side was led by Mr Luong Hoang Thai, Director General at the Ministry of Industry and Trade.

Building on previous negotiating rounds and exchanges at political level, talks on selected topics continued. An expert working group discussed IPR at the technical level, while trade in goods, sanitary and phytosanitary measures (SPS) and government procurement were discussed at the level of heads of delegations. Both sides agreed on concrete follow-up actions and another stocktaking at the level of heads of delegations will take place early next year.

Merchandise trade between the EFTA States and Vietnam reached over USD 3 billion in 2018. The EFTA States exported goods valued at USD 1 billion and imported goods worth USD 2 billion. EFTA’s leading exports to Vietnam were seafood, pharmaceutical products and mechanical machinery, while electronics, footwear and apparel were the largest imports.