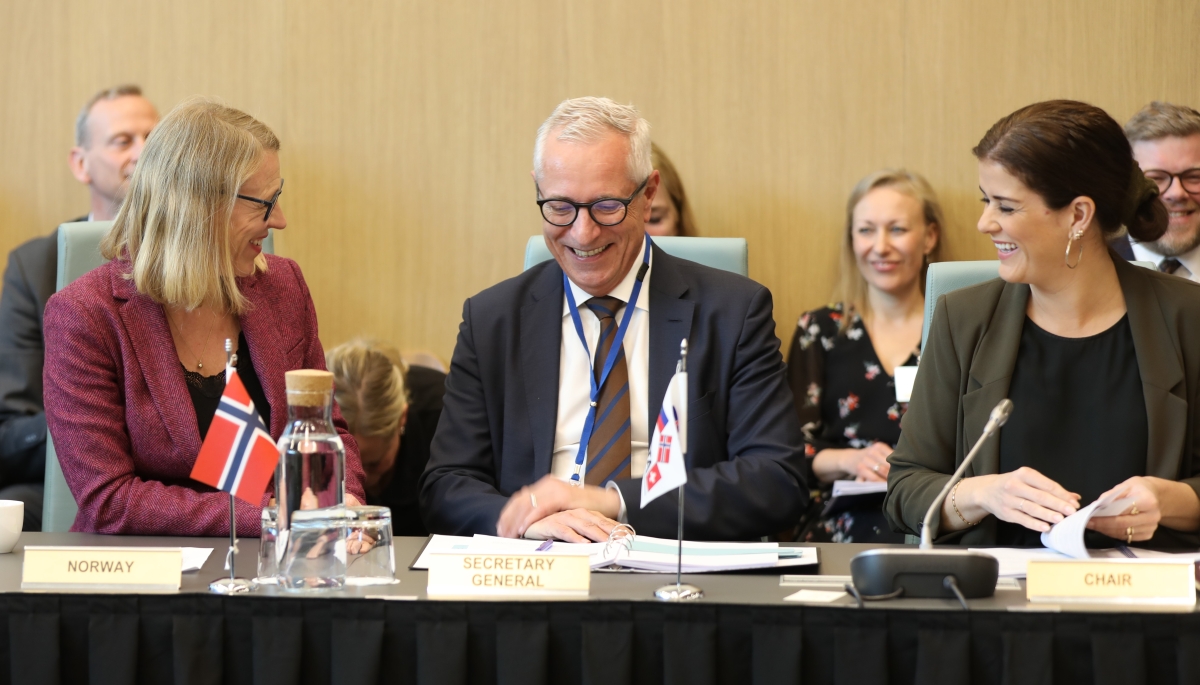 The EFTA Parliamentary Committee (PC) and EFTA Consultative Committee (CC) met with the EEA EFTA Foreign Ministers on 23 November 2022. Wishing to use every opportunity to exchange knowledge, coordinate within the EFTA family, and maximise EFTA’s impact towards the EU on EEA cooperation, both committees proposed a more structured and formalised dialogue to the EEA EFTA Ministers before their meeting of the EEA Council.

It translated into a substantive agenda where current political matters of great relevance to the EEA EFTA States were thoroughly debated. Parliamentarians, social partners, and ministers shared their views on the war in Ukraine, the ongoing energy crisis, the green, and digital transitions. EEA EFTA family members discussed how to best use the EEA Agreement – the deepest and most comprehensive international agreement ever concluded by the EU – as a political and institutional platform to overcome these challenges. 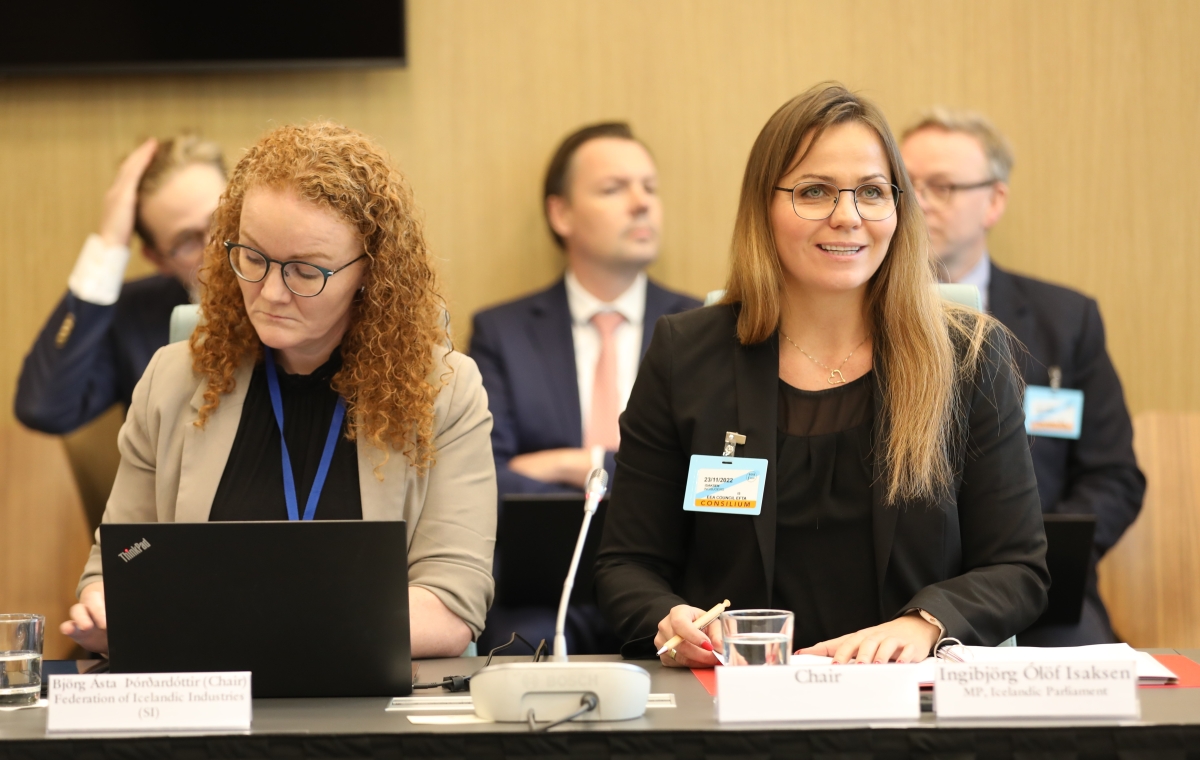 In her statement as Ministerial Chair of the EFTA Standing Committee, Ms Gylfadóttir highlighted the importance of effective multilateral cooperation as Russia´s unlawful invasion of Ukraine has prompted a global crisis, fuelled by an energy and cost-of-living crisis in Europe. “The bedrock of our relations with the European Union is the EEA. We draw strength from the EEA and our participation in the Internal Market is a manifestation of the values we share and hold dearly,” she said.

The Chair of the Parliamentary Committee, Ms Isaksen, referred to the turbulent times Europe and the world had recently experienced, characterised by a sequence of successive transnational crises. She added that “For almost three decades, the EEA Agreement has remained a solid anchor to face these headwinds. It has adapted remarkably to tectonic moves such as EU enlargements, the UK departing the EU and the EEA, the COVID-19 pandemic, and the outbreak of a war on the European continent.”

The representative of the EFTA social partners, Ms Þórðardóttir, reminded the ministers of the importance of EEA EFTA States’ core values. “The EEA EFTA States are all strong and vibrant democracies, and our existence is grounded in the rules-based international system. I do not need to tell you dear ministers about the importance of emphasising those values, especially during Russia’s war in Ukraine.”

As part of their scrutiny of the EEA cooperation, the two committees held sessions with external speakers on important EEA topics such as the prospects for the enlargement of the EU and the EEA, the Commission’s proposal for a Single Market Emergency Mechanism, and the proposal of the Commission to ban products made with forced labour. As these proposals are likely to apply to Iceland, Liechtenstein, and Norway, committee members were eager to get acquainted with their content in view of their future encounter with representatives of EU institutions throughout the EU legislative process.

The Bureau of the Committee of Members of Parliament of the EFTA States (MPS Bureau) discussed the budget proposal of the EFTA Surveillance Authority (ESA) for 2023 with the members of the ESA College and with a representative of the ESA Court Committee. It subsequently adopted an opinion.

The EFTA PC and the EFTA CC are two of EFTA’s advisory bodies. The EFTA PC is a forum of parliamentarians from the EFTA States, while the EFTA CC brings together representatives of trade union confederations and employers’ associations in the EFTA States. The objective of these committees is to scrutinise and provide advice to the EFTA States, including on the EEA Agreement. They are vital platforms for dialogue and consultation on political, social, and economic aspects on EEA matters.

Find pictures of the meeting here.