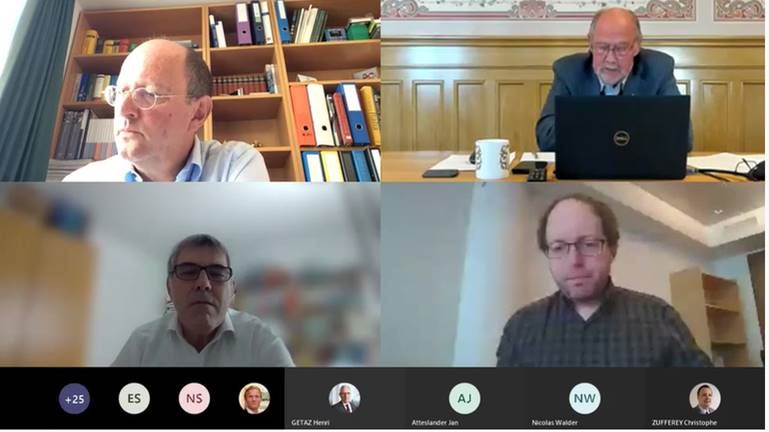 On Thursday 23 April, the EFTA Parliamentary Committee (EFTA PC) held its first meeting since the beginning of the COVID-19 pandemic. The aim was to discuss the economic, social and political impact of the crisis on EFTA States. The parliamentarians from Iceland, Liechtenstein, Norway and Switzerland also discussed the policy responses of their respective governments and the role of the parliaments in each country.

“Like every citizen, our Committee has had to adapt to new realities and re-invest itself to continue its work. I am glad that thanks to the flexibility of everyone, we were able to organise the first-ever virtual meeting of our Committee”, said Mr Svein Roald Hansen, Chair of the EFTA PC.

Mr Aslak, Berg, Economic Advisor at the EFTA Secretariat, gave a presentation on the economic impact of the COVID-19 outbreak in the EFTA countries and outlined the measures taken by each government “to cope with this unprecedented crisis in recent history, the EFTA States have taken far-ranging fiscal measures to support their economies. The responses in EFTA States have been similar in the scope with few specificities across the different countries”, he said.

Following the presentation, the Committee members discussed the political situation in the EFTA countries and the role of the parliaments in the current crisis. In Iceland, the Parliament has been operating to deal with the coronavirus legislation. “There is a general political consensus in Iceland to try to avoid political conflict and work together to overcome the crisis” said Smári McCarthy, Head of the Icelandic delegation. Mr Elfried Hasler, Chair of the Liechtenstein delegation opined that “two extraordinary session of the Liechtenstein Parliament had been organised to give the consent to two economic packages”.  In Switzerland, “the Parliament will convene for a plenary session the first week of May to approve additional credits and discuss further measures to mitigate the economic and social consequences of the crisis”, explained Eric Nussbaumer, the Head of the Swiss delegation.

The Chair also outlined the political situation in Norway and explained that the Norwegian Parliament had been in session since the 12th of March, however with a reduced number of meetings and a reduced number of Members in order to respect the precautionary health measures.  “The Parliament has mainly dealt with five key emergency and economic rescue packages presented by the Norwegian government which were all adopted quickly and almost unanimously”, said Mr Hansen. He further opined that “overall the Norwegian parliament has been fully operational and will as of next week progressively resume normal parliamentary proceedings. However, all international travel will remain on hold until further notice”.

The EFTA Parliamentary Committee is a forum for parliamentarians from the four Member States: Iceland, Liechtenstein, Norway and Switzerland. It provides EFTA with a valuable link to political life in each EFTA country and, through its cooperation with parliamentarians in the European Union, serves as a link between political life in EFTA and the EU. The role of the parliaments remains crucial in this time of pandemic crisis in order to ensure democratic accountability of the measures taken. During the COVID-19 crisis, the EFTA Parliamentary Committee will host a series of digital meeting.