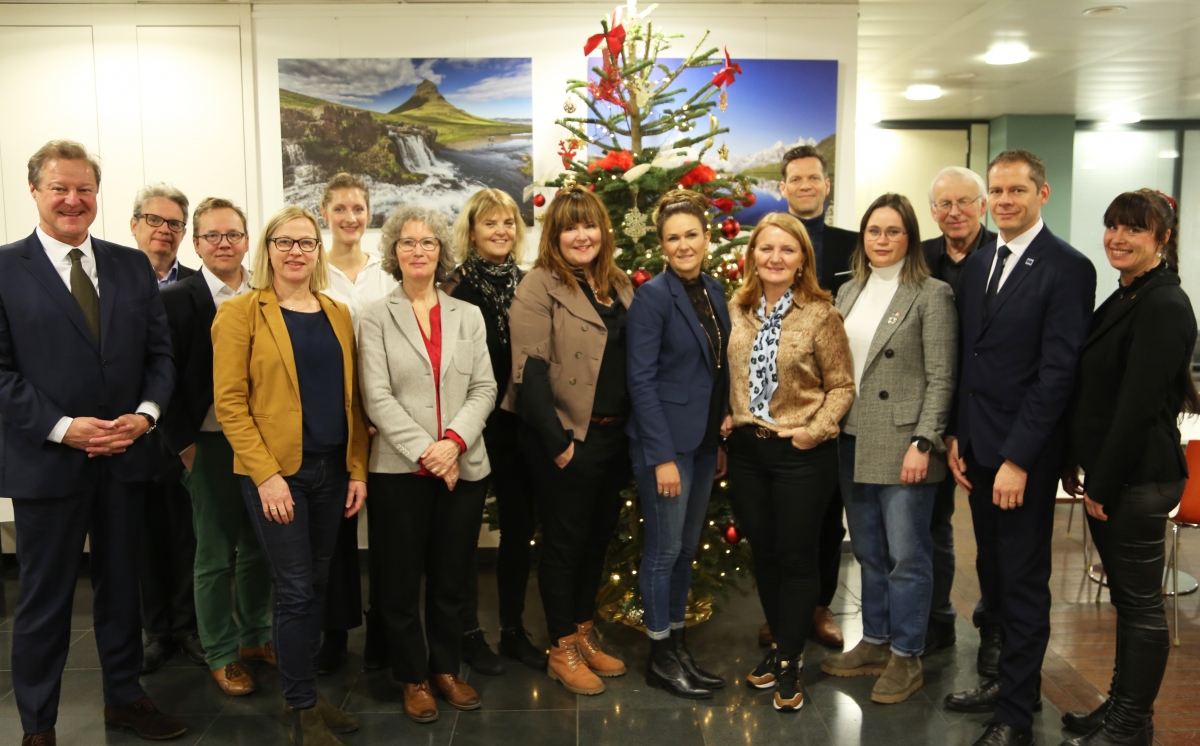 Members of the EFTA Forum met at the EFTA Secretariat in Brussels on 12-13 December 2019.

Mayors and representatives of local and regional authorities from Iceland and Norway convened in Brussels on 12 to 13 December for the 20th meeting of the EFTA Forum of Local and Regional Authorities. David Eray, the Minister for Environment of the canton of Jura, Switzerland, attended as an observer. The meeting was moderated by Rakel Óskarsdóttir, the Chair of the EFTA Forum.

The main focus of the meeting was on the state of democracy in Europe and hate speech targeted at elected representatives, along with the EU Services Directive, in particular its proposed notification procedure.  The EFTA Forum also discussed the ambitions and challenges of the new European Commission, following a presentation from Mr Janis A. Emmanouilidis the Director of Studies at the European Policy Centre.

The second is an opinion on the state of democracy in Europe and hate speech targeted at elected representatives. In its opinion the EFTA Forum underlines that it threatens democracy when elected representatives are exposed to hateful statements and threats, and calls on the EEA EFTA States to work closely with the European Union to bolster European democracy and to fight against radicalisation and hate speech.