The EFTA States signed a Free Trade Agreement with the Republic of Korea in Hong Kong, China, on 15 December 2005. The Agreement entered into force on 1 September 2006 for Korea, Norway, Liechtenstein and Switzerland, and 1 October 2006 for Iceland.

The Free Trade Agreement covers all major areas of trade relations including trade in goods, trade in services, government procurement, competition and intellectual property. A Joint Committee is established for the supervision of the Agreement, and a chapter provides for dispute settlement procedures. Moreover, the EFTA States and Korea concluded bilateral agreements on basic agricultural products. An agreement on investment has been concluded between Korea, on the one hand, and Iceland, Liechtenstein and Switzerland, on the other, as well.

Most industrial goods, including fish and other marine products, will benefit from duty-free access to the respective markets as of the entry into force of the Agreement. For some products imported into Korea, customs duties are to be eliminated after a transitional period or after a joint review by the Parties (Annex V and Annex VI).

The Agreement provides for liberal rules of origin and allows for the use of up to 60 per cent of non-originating input in the production of certain products (Annex I).

The Agreement contains a provision on sanitary and phytosanitary measures referring to the relevant WTO Agreement.

The Agreement contains provisions on technical regulations, referring to the relevant WTO Agreement and providing for strengthened cooperation, exchange of information and consultations.

The Agreement contains provisions on trade remedies referring to the relevant WTO rules and provides for additional disciplines on such measures including enhanced notifications and consultations.

Trade in services is covered in a general chapter (Chapter III, Articles 3.1 to 3.20) and in Annexes on specific commitments (Annex VII), most-favoured-nation (MFN) exemptions (Annex VIII), mutual recognition (Annex IX), telecommunication services (Annex X), and co-production of a broadcasting programmes (Annex XI). The Agreement covers all four modes of delivery (supply) of a service, as defined under GATS, and addresses all services sectors.

As in the GATS, the positive lists of specific commitments of each Party are an integral part of the Agreement. These lists will be reviewed every two years, with the objective of further liberalisation of trade in services between the Parties.

Trade in financial services is dealt with in a special chapter (Chapter IV, Articles 4.1 to 4.21) that also establishes a Sub-Committee on Financial Services.

The Agreement sets a high standard for the protection of intellectual property rights (Articles 7.1 to 7.3 and Annex XIII), covering areas such as patents, trademarks and copyright, and goes, in certain areas, beyond what is provided for under the WTO Agreement on Trade-Related Aspects of Intellectual Property Rights (TRIPS) and other international conventions and treaties.

The Chapter on competition (Article 5.1) deals mainly with the co-operation, notification, consultation and exchange of non-confidential information between the Parties. In particular, consultations are provided for when important interests of Korea or an EFTA Member State may be adversely affected.

A Chapter on dispute settlement (Articles 9.1 to 9.11) contains rules and procedures for the avoidance or settlement of disputes arising from the Agreement between one or several EFTA States and Korea.

An agreement on investment (Investment Agreement) was separately concluded between Korea, on the one hand, and Iceland, Liechtenstein and Switzerland, on the other. This agreement covers both access to markets and the protection of investments. The three EFTA States and Korea grant each other national treatment for the establishment of investors, except for a few cases where the Parties have lodged reservations based on restrictions in their national legislation. The agreement also foresees the possibility of direct dispute settlement between an investor and the Party of his investment. 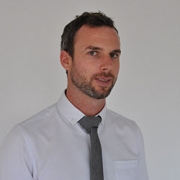