The EFTA States signed a Free Trade Agreement with the Gulf Cooperation Council (GCC) in Hamar, Norway, on 22 June 2009. The Agreement entered into force on 1 July 2014.

The coverage of the Free Trade Agreement includes trade in goods (industrial and processed agricultural goods, fish and other marine products), trade in services, government procurement and competition. For investment and intellectual property rights, the Parties agreed to conduct negotiations on those topics after the entry into force of the Agreement. Basic agricultural products are covered by the bilateral agricultural agreements, which are part of the instruments establishing the free trade area between the Parties.

The main Agreement consists of 93 Articles and 16 Annexes. The Agreement covers the following main subjects:

Industrial goods, including fish and other marine products, benefit from duty-free access to the respective markets of the EFTA States as of the entry into force of the Agreement. For products imported into the GCC, most customs duties are eliminated. Certain products become duty free after a transitional period of 5 years, while some others remain excluded from tariff dismantling or excluded from the scope of application.

With regard to rules of origin, the Agreement is based on the European model, incorporating EUR.1 movement certificates.

The Agreement provides that the rights and obligations of the Parties in respect of sanitary and phytosanitary measures shall be governed by the WTO Agreement on the Application of Sanitary and Phytosanitary Measures.

The Agreement provides that the rights and obligations of the Parties in respect of technical regulations, standards and conformity assessment shall be governed by the WTO Agreement on Technical Barriers to Trade.

The Chapter on trade in goods also includes provisions on trade remedies, such as anti-dumping and safeguards.

The Chapter on trade in services (Chapter 3) closely follows the WTO General Agreement on Trade in Services (GATS) approach. It covers all four modes of supply of a service, as defined under the GATS, and addresses all services sectors. The Chapter deals with general disciplines, whereas more specific provisions for certain sectors or aspects are contained in Annexes (such as on Mutual Recognition, Movement of Persons, Financial Services and Telecom). There is also a Record of Understanding related to services constituting an integral part of the Agreement.

There are no specific provisions contained in the Agreement on Investment, but a side letter, forming part of the Agreement, sets forth the Parties' obligation to conduct negotiations on business establishment in non-services sectors within two years after the entry into force of the Agreement.

In the area of IPR, the Parties essentially confirm the WTO TRIPS Agreement. They commit to concluding negotiations on an Annex related to IPR not later than two years after the entry into force of the Agreement. In the meantime, a special consultation mechanism is foreseen in case of problems in the area of IPR affecting trade conditions between the Parties.

Through the Agreement, the Parties consent to mutually open their Government Procurement markets. The government entities covered are listed in Annex XIII (Scope), while further provisions are contained in Annex XIV (General Notes).

The Parties recognize that anti-competitive business practices may restrict trade between them. Accordingly, each Party agrees to adopt or maintain competition laws with a view to avoiding such practices. The Parties also commit to co-operating on issues relating to competition law enforcement. Furthermore, a consultation mechanism is established.

The Joint Committee will review the provisions on competition, in particular after the adoption of competition legislation by Parties not currently having such laws in force.

The Chapter on Dispute Settlement (Chapter 8) contains rules and procedures for the settlement of disputes arising under the Agreement between one or more EFTA States and the GCC.

Annexes and Record of Understanding and Side Letter 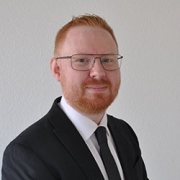