The EFTA States signed a Free Trade Agreement with Colombia in Geneva, Switzerland, on 25 November 2008. The Agreement entered into force on 1 July 2011 for Colombia, Liechtenstein and Switzerland, 1 September 2014 for Norway and 1 October 2014 for Iceland.

The main focus of the EFTA-Colombia Free Trade Agreement is the liberalisation of trade in goods. Additional agricultural agreements between the individual EFTA States and Colombia form an integral part of the instruments establishing a free trade area.

Most industrial goods, including fish and other marine products, will benefit from duty-free access to the respective markets of the EFTA States as of the entry into force of the Agreement. For products imported into Colombia, most customs duties are eliminated after transitional periods of up to 9 years. This asymmetrical treatment reflects differences in the economic development of the Parties.

The Agreement provides for liberal rules of origin found in Annex V and its Appendices.

Detailed provisions on trade facilitation are found in Annex VII.

The Agreement includes provisions sanitary and phytosanitary measures in conformity with the relevant WTO Agreements.

The Agreement includes provisions on technical regulations and subsidies, in conformity with the relevant WTO Agreements.

Provisions on trade remedies are found in Chapter 2, and refer to WTO law.

The Chapter on trade in services (Chapter 4) closely follows the WTO General Agreement on Trade in Services (GATS) approach. It covers all four modes of supply of a service, as defined under the GATS, and addresses all services sectors. The Chapter on trade in services deals with general disciplines, whereas more specific provisions for certain sectors are contained in Annexes (financial services, Annex XVI; telecommunication services, Annex XVII).

The lists of specific commitments of each Party are covered in Annex XV. These lists will be reviewed every three years with the objective to further liberalise trade in services between both sides.

The Chapter on investment (Chapter 5) aims to improve the legal framework conditions for EFTA and Colombian businesses investing in each other’s markets, in particular by granting non-discriminatory rights of establishment and operation (commercial presence) in economic sectors that are not covered by the Chapter on trade in services.

For a few areas, the Parties have lodged reservations to national treatment based on restrictions in their national legislation (Annex XVIII). The investment provisions in the Agreement complement the Investment Protection Treaties that may be concluded bilaterally between individual EFTA States and Colombia.

The Agreement contains a full-fledged chapter on intellectual property rights (IPR; Chapter 6), covering all fields of IPR as well as measures relating to enforcement. The Chapter is based on the WTO Agreement on Trade-Related Aspects of Intellectual Property Rights (TRIPS), but includes certain improvements and clarifications with respect to TRIPS. For the first time in an EFTA Free Trade Agreement, measures relating to biodiversity are included.

Through the Agreement, the Parties consent to mutually open their government procurement markets. The government entities covered are listed in Annex XIX, while further provisions are contained in Annex XX (General Notes).

Parties recognise that anti-competitive business practices have the potential to undermine the benefits of liberalisation arising from the Agreement. Accordingly, each Party commits to applying its competition legal framework with a view to avoiding such practices. The Parties also agree to co-operate on issues relating to competition law enforcement.

The Chapter on Dispute Settlement (Chapter 12) contains rules and procedures for the settlement of disputes arising from the Agreement between one or more EFTA States and Colombia.

Annexes and Record of Understanding - English 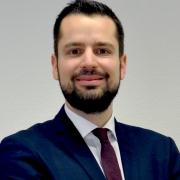