The EFTA States signed a Free Trade Agreement with Chile in Kristiansand, Norway, on 26 June 2003. The Agreement entered into force on 1 December 2004.

Since 2019, the EFTA States and Chile held three rounds of negotiations on the modernisation and expansion of their existing free trade agreement.

The Agreement covers all major areas of trade relations including trade in goods, trade in services and investment, government procurement, competition and intellectual property. A Joint Committee is established for the supervision of the Agreement. It also contains stipulations on dispute settlement. Moreover, the EFTA States and Chile concluded bilateral agreements on agriculture.

Almost all industrial goods, including fish and other marine products, will benefit from duty-free access to the respective markets as of the entry into force of the Agreement. The Agreement provides for liberal rules of origin and allows for the use of 50 per cent of non-originating input in the production of certain products.

Trade in processed agricultural products are covered in an Annex to the main Agreement (Annex IV on Processed Agricultural Products).

In addition, trade in basic agricultural products is covered in three bilateral agreements on basic agricultural products negotiated between the respective EFTA State (Iceland, Norway and Switzerland/Liechtenstein) and Chile. These agreements form part of the instruments establishing the free trade area. They provide for concessions on both sides. Each agreement contains specific rules of origin, generally based on the “wholly-obtained” criteria.

The rules of origin and methods of administrative cooperation between customs authorities are dealt with in Annex I. The Agreement provides for liberal rules of origin, based on the European model. The rules open up for accumulation with all types of products (industrial and agricultural) among the Parties as well as for the possibility of self-declaration of origin.

In addition to provisions on cooperation in the field, the Agreement provides that the rights and obligations of the Parties in respect of sanitary and phytosanitary measures shall be governed by the WTO Agreement on the Application of Sanitary and Phytosanitary Measures.

In addition to provisions on cooperation in the field, the Agreement provides that the rights and obligations of the Parties in respect of technical regulations, standards and conformity assessment shall be governed by the WTO Agreement on Technical Barriers to Trade.

The Chapter on trade in goods also includes provisions on trade remedies, such as anti-dumping and safeguards.

The Chapter on trade in services (Articles 22 to 31) covers trade in services, including a separate Annex on telecommunication services (Annex IX). The Agreement covers all four modes of delivery (supply) of a service, as defined under GATS. The Agreement addresses all services sectors. However, it has been agreed that with regard to financial services the possible coverage and the extent of liberalisation will be reconsidered 2 years after the entry into force of the Agreement. As in the GATS, positive lists of specific commitments of each Party are an integral part of the Agreement. These lists will be reviewed every three years, or more frequently, with a view to providing for a reduction or elimination of substantially all remaining discrimination between the Parties for trade in services covered by the present Section on services.

The objective of the Section on establishment (Articles 32-37) is the improvement of the investment environment, and in particular the conditions of establishment of companies between the Parties. The EFTA States and Chile grant each other national treatment for the establishment of investors, except for a few cases where the Parties have lodged reservations based on restrictions in their national legislation. The EFTA States maintain certain reservations, which correspond to their reservations maintained with regard to the relevant OECD instruments in this field.

The Agreement sets a high standard for the protection of intellectual property rights (Article 46), covering areas such as patents, trademarks and copyright, and goes, in certain areas, beyond what is provided for under the WTO Agreement on Trade-Related Aspects of Intellectual Property Rights (TRIPS) and other international conventions and treaties.

The Chapter on competition (Articles 72-80) deals mainly with the co-operation, notification, consultation and exchange of non-confidential information between the Chilean competition authorities and the responsible authorities in the EFTA Member States. In particular, consultations are provided for when important interests of Chile or an EFTA Member State may be adversely affected; still the consultation does not affect the full freedom of ultimate decision of the competent authority concerned. With regard to public enterprises and enterprises to which special or exclusive rights have been granted, the Parties shall ensure that no measure is adopted or maintained that distorts trade in goods or services between the Parties to an extent contrary to the Parties’ interests and that such enterprises shall be subject to the rules of competition insofar as the application of such rules does not obstruct the performance, in law or in fact, of the particular tasks assigned to them.

A Secretariat is also established under the Agreement (Article 86), comprising of the competent organs of the Parties, as referred to in Annex XVI.

A separate Chapter on dispute settlement (Articles 87-97) contains rules and procedures for the avoidance or settlement of disputes arising from the Agreement between one or several EFTA States and Chile. 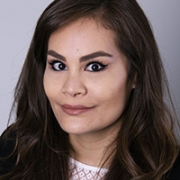