This page contains information regarding customs and origin matters in the EFTA States.

The following value limits expressed in the national currencies of the EFTA States are applicable from 1 January 2021 to 31 December 2021:

The Pan-Euro-Mediterranean (PEM) system and the PEM Convention

The pan-European cumulation system was created in 1997 on the basis of the EEA agreement (1994) between the EFTA countries, the EU (EC at that time), the CEEC (Central Eastern European Countries) and the Baltic States. It was then widened to Slovenia and to industrial products originating in Turkey (1999).The system was also enlarged to the Faroe Islands.

In 2005, it was enlarged to the participants in the Barcelona Process resulting in the creation of a pan-Euro-Mediterranean cumulation system of origin.

The initiative of creating a single PEM Convention, as an instrument promoting regional integration, was endorsed by the Euro-Mediterranean Trade Ministers during their meeting in Lisbon on 21 October 2007. It includes the above mentioned partners and the Western Balkans participating in the EU's Stabilisation and Association Process.

The EFTA States are supporting the ongoing revision of the PEM convention aiming at introducing more flexible rules of origin, and has launched bilateral processes to introduce the revised rules into its free trade agreements with PEM partners. The table below lays out the status of these processes. 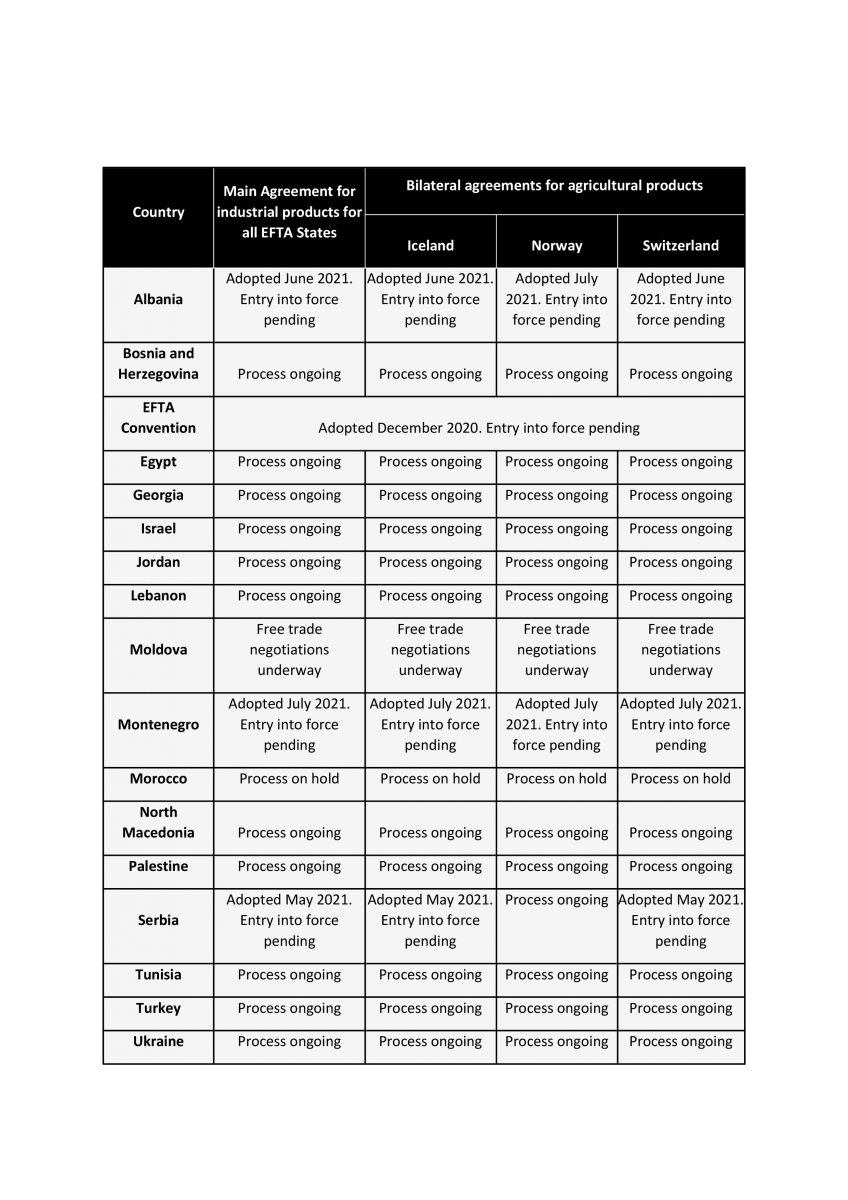 The Regional Convention on Pan-Euro-Mediterranean Preferential Rules of Origin (PEM Convention): What It Is and How It Works for Products of Lebanese Priority Sectors

This manual has been commissioned and funded by the EFTA States as part of EFTA technical assistance to the Republic of Lebanon. It is one of the results of a project which also included a series of sectoral workshops, other events and some advisory contributions.

This manual remains the product of advisors and none of its content can be directly or indirectly attributed to EFTA, the EFTA States or the Republic of Lebanon or their institutions. While the manual is meant to help producers, exporters and importers, they can and should seek additional advice from the relevant customs authorities whenever any doubts remain. It is the customs authorities that will be able to make decisions in individual cases.