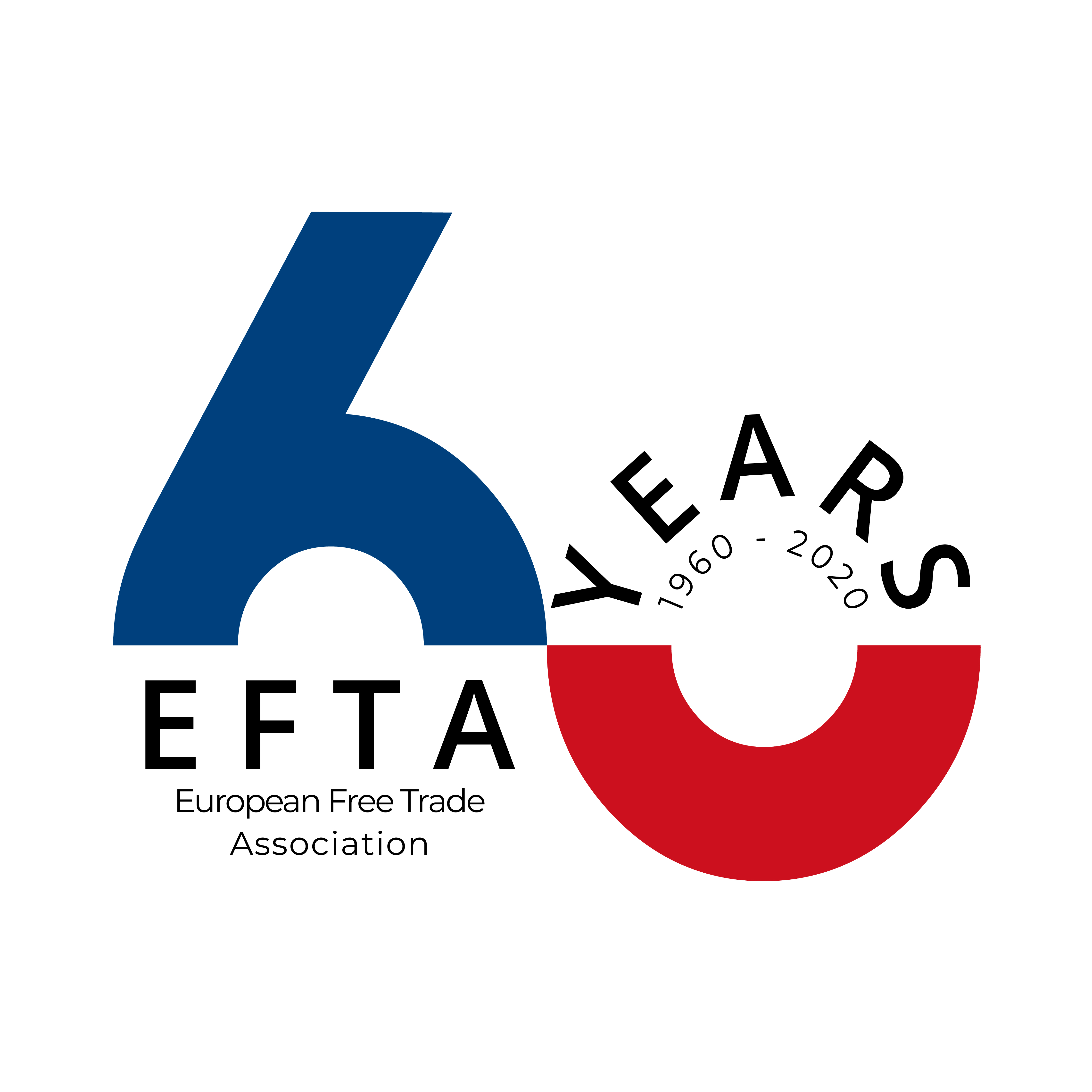 In 2020, the European Free Trade Association is celebrating its 60th anniversary. The EFTA Convention was signed in Stockholm on 4 January 1960 and entered into force on 3 May that year. In relation to our anniversary we will organise different events throughout the year. If you want to stay updated on what is happening, please follow us on Twitter, Facebook or LinkedIn.

EFTA celebrates its 60 year anniversary. To mark the occasion, we will organise a conference, followed by a historical exhibition on 27 to 28 October in Geneva. The conference and exhibition will mark 60 years of free and responsible trade. It will underline the role of EFTA and its Member States in international trade and explore the outlook for the future. The EFTA advisory bodies will organise a second event in Brussels which has been postponed untill spring 2021. More information about both events will follow shortly.

A Short History of EFTA

Signing of the EFTA Convention in Stockholm 1960.

The Foundation of EFTA

The seven founding members of EFTA - Austria, Denmark, Norway, Portugal, Sweden, Switzerland and the United Kingdom – began exploring the idea of a free trade association in the late 1950s, as an alternative to the newly formed European Economic Community. The objectives of the seven founding Member States were to establish a free trade area between each other and to contribute to broader European economic development and integration, as well as liberalising trade around the world. The basic economic aim of the EFTA Convention was the same as that of the Treaty of Rome establishing the then European Economic Community (EEC) (later known as the European Union) – to create a market free of unnecessary barriers to trade. However, it was based on the traditional principles of intergovernmental cooperation, therefore differing from the Treaty of Rome. The Convention of 1960 set out some general principles and procedures for EFTA and contained detailed provisions on tariff reductions, elimination of quantitative restrictions and rules of origin. Read more about the EFTA Convention here.

The number of member states and the logo has changed over the 60 years since EFTA was founded.

EFTA Member States throughout the years

Throughout the 60 years of EFTA’s existence, EFTA has gone through several changes. One of the most noticeable changes is the fluctuation in member states. The seven founding states were joined by Finland after one year, and in 1970 Iceland joined EFTA too. Three years later, Denmark and the United Kingdom left EFTA to join the EEC. In 1986, Portugal also decided to join the EEC. Out of the seven founding Member States, now only four were left. However, in 1991, Liechtenstein decided to join EFTA, and in 1995 Sweden, Finland and Austria joined the European Union (EU) (as it became known from 1993) during the enlargement. The EFTA Member States have since been:  Iceland, Liechtenstein, Norway and Switzerland.

EFTA and the European Union

EFTA and the European Economic Community and now the European Union have a long-standing history of cooperation and trade relations. Following a process to liberalise trade between EFTA and the EEC started in 1969, the EFTA countries and the EEC signed fourteen free trade agreements between 1972 and 1973 reducing import tariffs between the Member States of both communities. Relations were upgraded again in the 1980s following the full implementation of the agreements signed 1972 to 1973, reducing further trade barriers. This development lead to the "Delors Initiative" in 1989 which ultimately resulted in the EEA Agreement in 1994. In 2019 the 25th Anniversary of the EEA Agreement was celebrated. Find out more about the EEA Agreement here.

The origins of EFTA’s third-country relations reach back to 1967 when the EFTA States as a group established cooperation with former Yugoslavia. The 1983 Bergen Declaration formalised this relationship, creating the first Joint Committee which held meetings annually for several years until the dissolution of the country. The first free trade agreement negotiated by the EFTA States was with Spain in 1979. The EFTA-Spain Agreement entered into force in 1980 and expired in 1985 upon Spain’s accession to the EEC. After, trade was covered by the bilateral free trade agreements in force between individual EFTA Member States and the EEC. The first free trade agreement which is still in force with a third country was the EFTA-Turkey Agreement from 1991. Read more about EFTA's Free Trade Agreements here.

Signing of the revised EFTA Convention in Vaduz on 21 June 2001.

Revision of the EFTA Convention

In 1999, the EFTA Ministers decided to update the Stockholm Convention to reflect the increasing importance in the global economy of trade in services, foreign direct investment and intellectual property rights. In 2001, the revised EFTA Convention was signed in Vaduz and entered into force the same year. The revised EFTA Convention is dynamic and covers all the major aspects of modern trade, allowing it to meet any eventual challenges in the current trade environment. It regulates the economic relations between the four current EFTA States and provides the legal basis for the Association. It also provides a common platform for developing EFTA’s relations with trade partners around the globe. For more detailed information on the Convention click here.