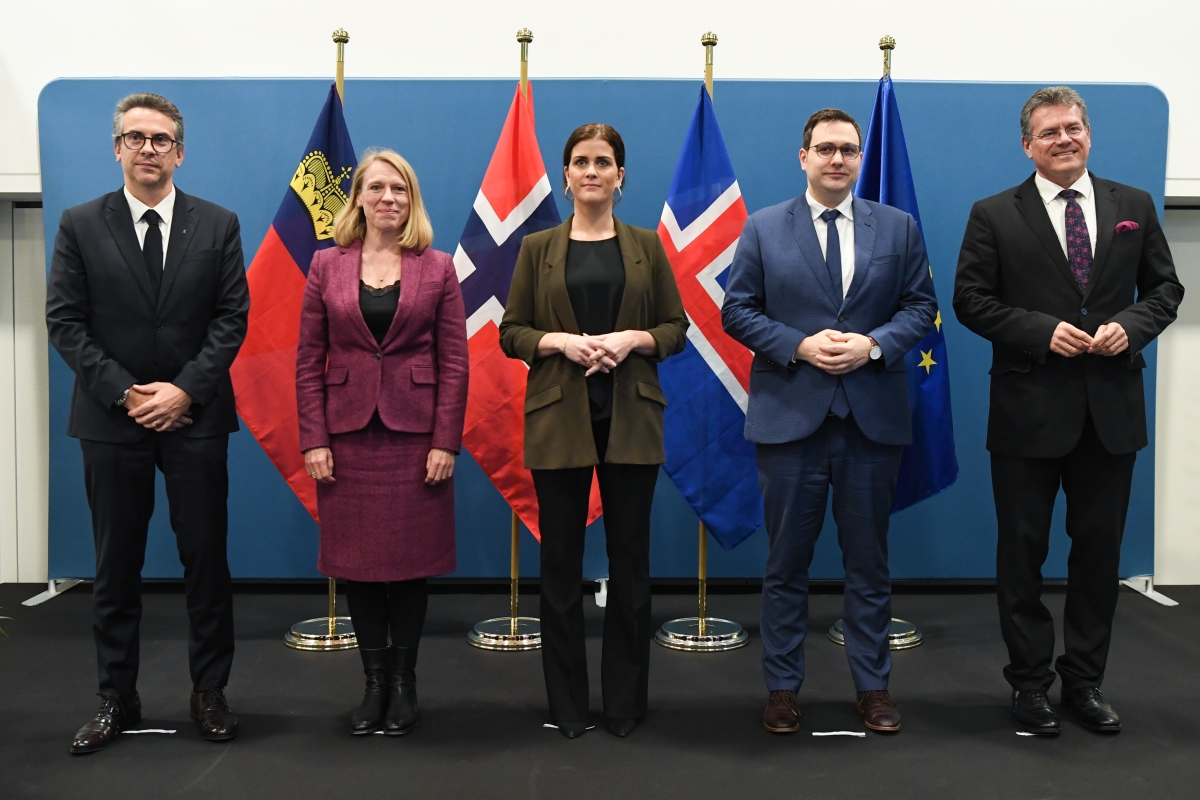 The functioning of the EEA Agreement, energy security and energy transition were the key topics discussed during the 55th meeting of the European Economic Area (EEA) Council which took place on 23 November 2022 in the EFTA House. This was the first time that the EEA Council was hosted at EFTA premises.

During the meeting, the EEA EFTA States emphasised the need for energy security and energy transition to go hand in hand. They also highlighted that to achieve common targets in terms of energy and climate, it is necessary to work closely together and implement the best available technical solutions.

During the informal political dialogue that preceded the EEA Council meeting, the war in Ukraine and European security, including cybersecurity and protection of critical infrastructure, were discussed.

The EEA Council was chaired by Ms Þórdís Kolbrún Reykfjörð Gylfadóttir, Minister for Foreign Affairs of Iceland. It was attended by Mr Jan Lipavský, Minister of Foreign Affairs of the Czech Republic, representing the Presidency of the Council of the European Union; Ms Anniken Huitfeldt, Minister of Foreign Affairs of Norway, and in the absence of Liechtenstein’s Foreign Minister, Mr Pascal Schafhauser, Ambassador, Mission of the Principality of Liechtenstein; as well as by Commission Vice President Maroš Šefčovič and representatives of the European External Action Service.

The EEA Council meets twice a year and provides the political impetus for the development of the EEA Agreement. The EEA EFTA States are represented in the EEA Council by their respective foreign ministers. The European Union is represented by the rotating presidency of the Council of the EU, as well as representatives of the European Commission.

The next EEA Council meeting will take place in May 2023.

High resolution photos from the meeting