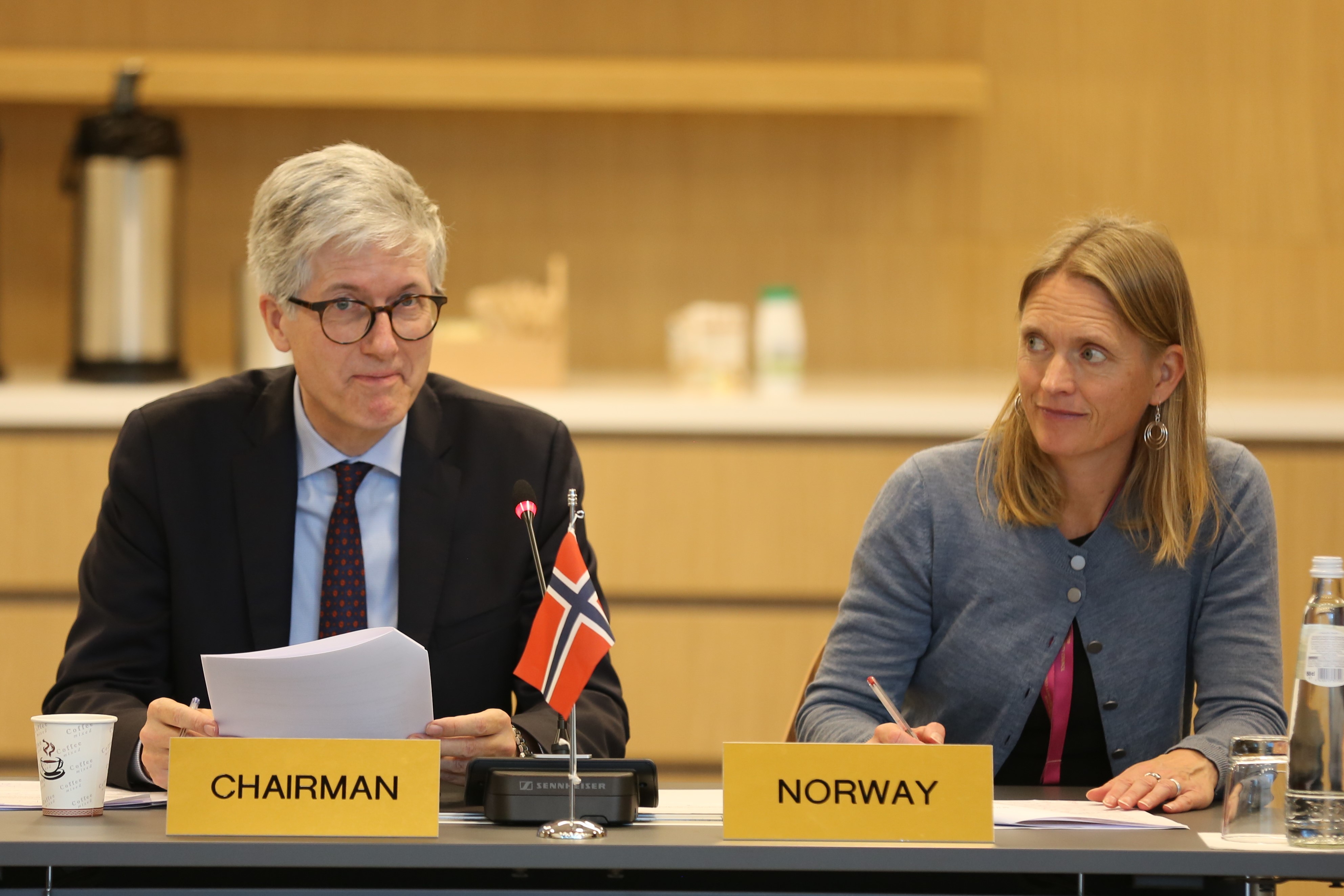 President of the EEA Joint Committee and Ambassador of Norway, Rolf Einar Fife, and first secretary at the Norwegian Mission to the EU, Ingjerd Haugen.

Ambassador Fife emphasised several of the JCDs adopted in the meeting as “important files”. Among these are the so-called Migratory Bees Act, the Second Capital Requirements Regulation (CRR II), the Waste Directive, and a clean-up JCD related to the so-called ‘Test-Achats case’. Furthermore, several COVID-19 acts were adopted, including an extension of the COVID-19 Certification Regulation to several partner countries.

“I would also like to highlight the inclusion of the Space Programme Regulation, which means that we now have formalised EEA EFTA participation in a total of 13 EU Programmes”, Ambassador Fife added.

In addition to the JCDs and legal acts adopted during the meeting, Ambassador Fife raised the importance of the EEA EFTA Comment on the legislative proposal for a Digital Services Act submitted since the last JC meeting.

In the Comment the EEA EFTA countries praises the modernisation of the legal framework regarding digital services and e-Commerce. However, Fife added a note of caution for the work of regulating digital spaces.

“In this Comment, the EEA EFTA States explain that while we share the key objectives of the DSA proposal, it is important to strike the right balance between freedom of expression and the removal of online content”, said Ambassador Fife. He added “We furthermore argue that safeguarding the main principles of the e-Commerce Directive remains essential to facilitate digital trade while protecting fundamental rights online".

View the photos from the meeting here.