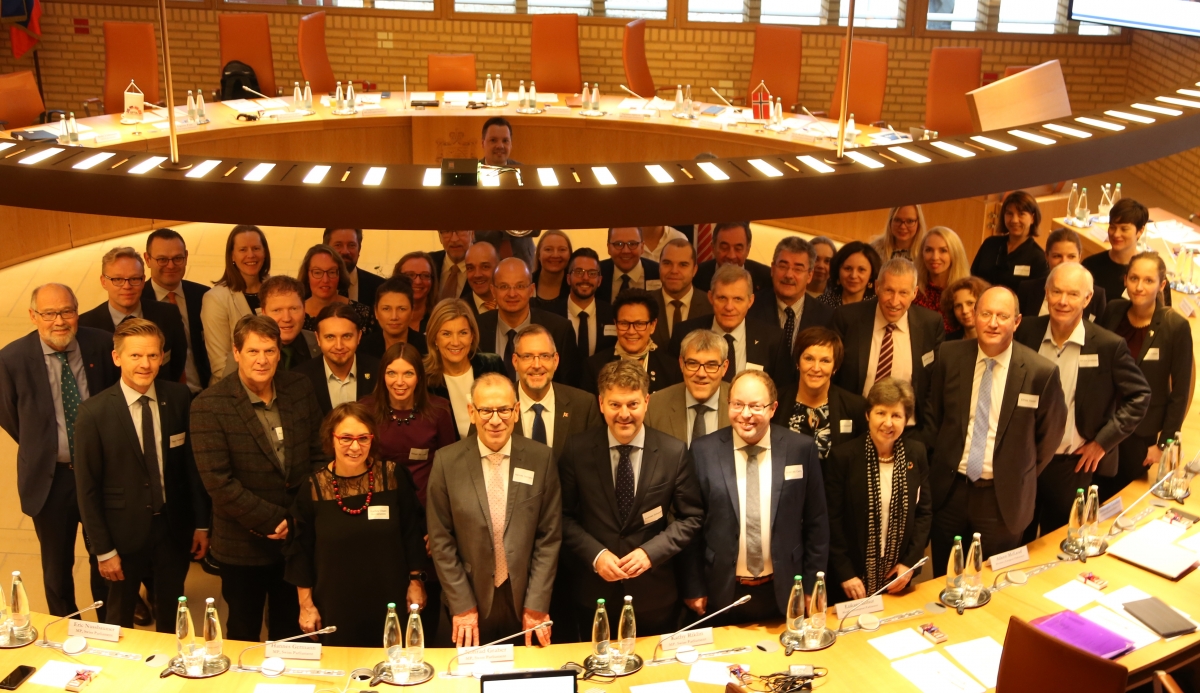 Delegates of the EEA Joint Parliamentary Committee in the Landtag in Vaduz, Liechtenstein.
The EEA Joint Parliamentary Committee (EEA JPC) convened in the Landtag, the Liechtenstein Parliament, in Vaduz on 30 October 2019. The members discussed Brexit, developments in the EEA Agreement, the composition of the European Parliament (EP), and their priorities after the European elections as well as the future of the Single Market.

Being the first EEA JPC meeting after the European elections, the EFTA Parliamentarians used the opportunity to introduce themselves and to get to know the new EP members who had been appointed late September 2019 to the delegation. They also presented the EEA Agreement and the importance of its parliamentary dimension at the beginning of the new parliamentary term.

#MEP @Andreas_Schwab coordinator for @ep_singlemarket briefs the #EEA Joint Parliamentary Committee on the @Europarl_EN composition and priorities for the next term. pic.twitter.com/hFYYwPGspK

The Committee met with representatives from both EFTA and the EU responsible for the management of the EEA Agreement. Ambassador Gunnar Pálsson, Head of the Mission of Iceland to the EU; Ms Melissa Säilä, Chair of the EFTA Working Party of the Council of the EU; and Ambassador Michael Matthiessen, Head of the EU Delegation to Switzerland and the Principality of Liechtenstein provided statements on the developments in the EEA.

The Committee discussed the future of the Single Market. Ambassador Pálsson presented to the EU and EFTA Parliamentarians the latest EEA EFTA Comment outlining the views of the EEA EFTA States on this topic.

“The EEA Agreement and the Internal Market are two sides of the same coin. We need to work together to make it beneficial for all of our citizens”, said Mr McCarthy.

Ms Aileen McLeod (The Greens/EFA, UK) debriefed the Committee about the latest developments on Brexit and the upcoming steps to be undertaken in the EP. Ms Esther Schindler, Brexit Coordinator in the Liechtenstein administration, presented to the EEA JPC members, on how the EEA EFTA States prepared themselves for every scenario relating to the UK leaving the EU and the Single Market.

High resolution photos from the meeting can be found here.

The EEA Joint Parliamentary Committee is an advisory body that comprises members of the national parliaments of the EEA EFTA States and Members of the European Parliament (MEPs). Click here for more information and list of members.