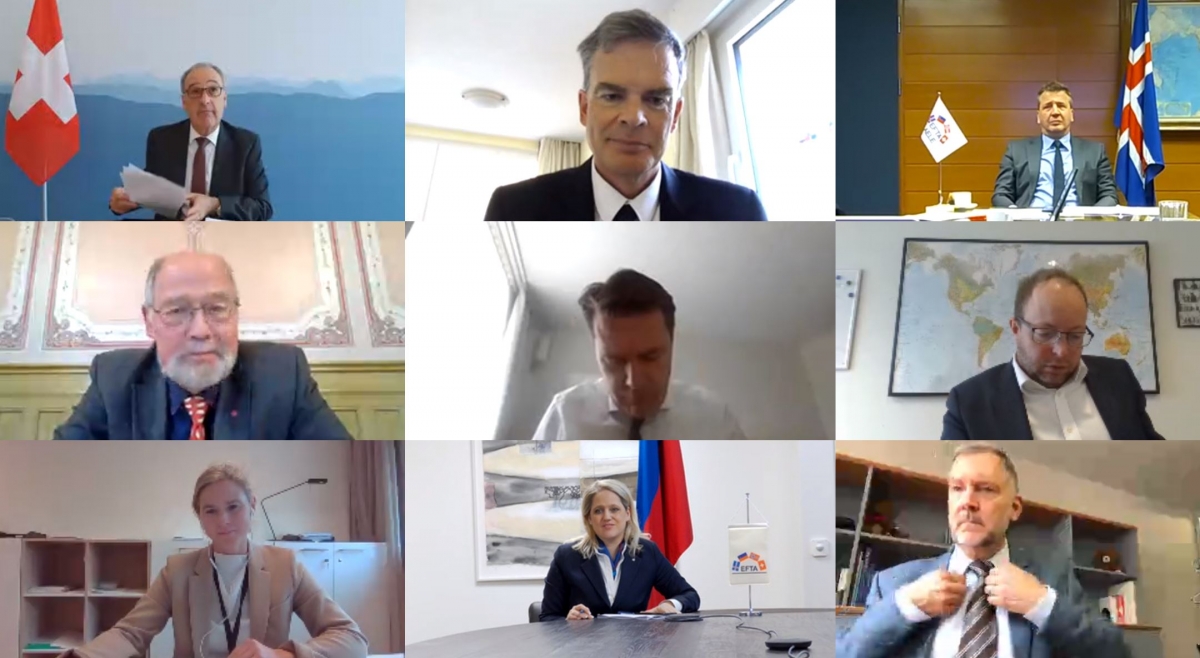 “We are very glad that our proposal to use modern means of communication in order to host a virtual exchange of views was well received,“ Svein Roald Hansen, Chair of the EFTA Parliamentary Committee expressed in his opening remarks.

The annual meeting between the two advisory bodies and the EFTA Ministers is an important point of dialogue and gives the advisory bodies an opportunity to raise their concerns about current political and trade-related issues.

“In order for the advisory bodies to fulfil their role and provide their views and advice, a regular exchange and flow of information, also providing the basis for consultation ahead of important decisions, is vital,” highlighted the Ministerial Chair Guy Parmelin when discussing the importance of these meetings between the Ministers and the advisory bodies.

The meeting acted as a good opportunity to discuss the letters sent from each of the advisory bodies last month. The letters from the Committees to the Ministers layed down their views and recommendations with regard to the recovery of the EFTA States’ economies, the re-building of the EU Internal Market and the EFTA States trade policy after the COVID-19 pandemic.

“The crisis has shown the extent to which our economies were integrated in the European value chains and how important it will be to maintain and even further develop our relations with the European Union in the future,” said Jan Atteslander, Chair of the Consultative Committee about the content of the letters.

During the meeting, they also discussed the latest developments on third-country relations. Negotiations were significantly impacted from February onwards by the travel restrictions caused by COVID-19. However, contact has been kept through videoconferencing throughout this period.

“Diversifying our supply chains and engaging in strengthening the multilateral rules-based system is more important than ever,” Svein Roald Hansen, Chair of the Parliamentary Committee replied after Minister Parmelin gave his account on the developments of the network of EFTA free trade agreements.

Finally, an exchange of views on the future relations with the United Kingdom after its departure from the European Union also took place.

The EFTA PC and the EFTA CC are EFTA's advisory bodies. The EFTA PC is a forum of parliamentarians from the four EFTA countries, while the EFTA CC brings together representatives of the trade union confederations and employers’ associations in the four EFTA countries. The mission of both advisory bodies is to scrutinise and provide advice on the EFTA States’ trade relations with third countries as well as on the relations with the EU through the implementation of the EEA Agreement. Both advisory bodies are vital platforms for dialogue and consultation on social, economic and political aspects of the EFTA free trade agreements and the functioning of the EEA.