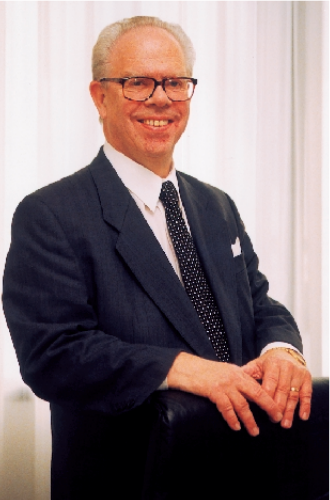 Kjartan Jóhannsson was the Secretary-General of EFTA 1994-2000, during a very important development period for the association. In the summer of 1993, he was appointed Secretary-General, the first Icelander to be so, of seven EFTA countries, which were the then Member States. He took over in the historic year of the entry into force of the Agreement on the European Economic Area, which enabled the people and businesses of the EFTA States to participate fully in the European Internal Market.

Kjartan had previously been Iceland's ambassador to EFTA, the United Nations and other international organisations in Geneva, and later he would hold the position of Iceland's ambassador to the European Union in Brussels. In that position, he was also Iceland's main negotiator with the EU on amendments to the EEA Agreement due to the accession of Eastern European nations. Even today, Kjartan is warmly remembered in Iceland and in the administrations of the EFTA Member States for his superior knowledge of all issues and outstanding skills in negotiating agreements with countries of multiple sizes. As befits a good negotiator, he could be firm when needed, but always fair and objective, but when this goes together, there is a high probability of a successful outcome.

It can be stated that few Icelandic diplomats have held other positions as important in the field of European administration as Kjartan Jóhannsson. It was his job to steer the development of EEA co-operation on behalf of the EFTA countries in the first years, but this co-operation has proved to be extremely important to the EFTA countries, not least Iceland. In addition, Kjartan, leading  the aforementioned institutions, went through some of the biggest changes in Europe in recent times, after the fall of the Iron Curtain in the East, the creation of the EU Internal Market, not to mention changes within EFTA when some Member States joined the EU. These challenging circumstances were a successful period for Kjartan and he returned an exceptionally good association when he resigned as EFTA Secretary General at the turn of the century.

I got to know Kjartan briefly when I was a young diplomat in Switzerland. Kjartan had already earned a good reputation within the international organisations in Geneva and is still remembered there as a visionary, who was also both highly competent and warm at the same time.

Kjartan Jóhannsson was highly valuable for Iceland’s foreign policy, as well as for EFTA’s free trade network in an ever-changing Europe and beyond. On behalf of the current and former EFTA staff, I extend my heartfelt condolences to Kjartan's family.