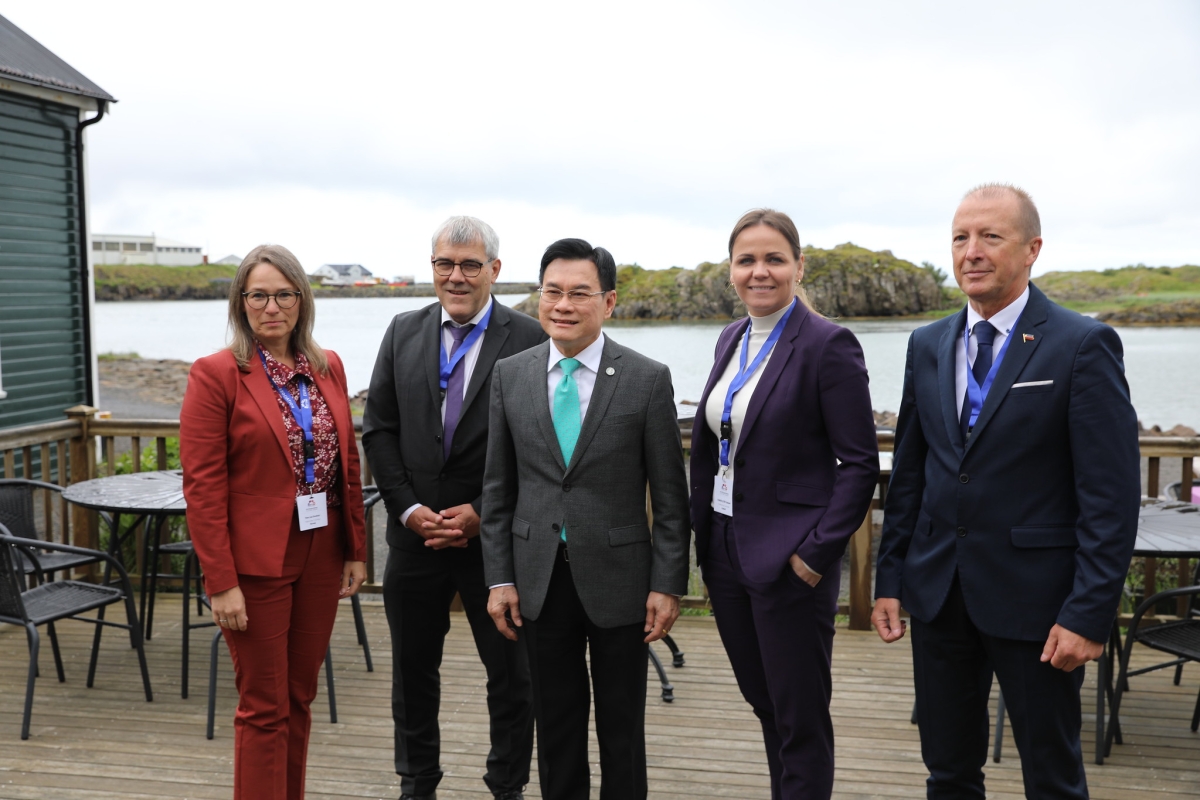 On Monday 20 June 2022, on the margins of the EFTA Ministerial meeting, the EFTA Parliamentary Committee (EFTA PC) and the EFTA Consultative Committee (EFTA CC) met with EFTA Member States’ Ministers in Borgarnes, Iceland.

The meeting was co-chaired by Ingibjörg Ólof Isaksen (the Icelandic Parliament), Chair of the EFTA PC and by Liz Helgesen (Norwegian Confederation) of Unions for Professionals), Chair of the EFTA CC. The meeting was the opportunity to discuss EFTA’s support to Ukraine, EFTA’s future orientations in a volatile international trade environment and the latest developments of EFTA’s free trade agenda.

While discussing EFTA support to Ukraine, Ms Isaksen stressed “I guess it is timely to ask ourselves whether we do not want to extend solidarity with Ukraine also by assessing to what extent we can support the Ukrainian economy by suspending our tariffs on Ukrainian goods or at least for a part of them. This would be a concrete sign of solidarity that we, as EFTA, can make jointly towards Ukraine”.

The Ministerial Chair, Thórdís Kolbrún Reykfjörd Gylfadóttir reflected that “Iceland decided to suspend all tariffs on Ukrainian goods for 12 months and the EFTA States are considering a modernisation of the EFTA-Ukraine free trade agreement to further support Ukraine and its economy."

Liz Helgesen, Chair of the EFTA Consultative Committee encouraged the EFTA States to “continue down the positive road of transparency and openness towards your closest stakeholders in the EFTA context. This dialogue grants increased legitimacy to the decisions you make for your constituents and stakeholders”.

Earlier in the day, both Committees met with Rozeta Hajdari, the Minister of Industry, Entrepreneurship and Trade of Kosovo to discuss the launch of negotiations on a free trade agreement between EFTA and Kosovo. This was followed by an exchange of views with Sergiu Gaibu, the Minister of Economy of Moldova where the state of play of the ongoing free trade negotiations was discussed along with the difficult geopolitical situation at the Moldovan borders.

The parliamentarians and social partners also discussed the recently proposed Corporate sustainable due diligence proposal with a representative of the European Commission. The proposed legal act aims at introducing human rights, environment, and climate due diligence obligations to the international operations of companies, including to those of their subsidiaries in the EEA and beyond.

At its internal meeting, the EFTA Parliamentary Committee discussed the latest’s political developments in EFTA countries and its work programme for the second half of 2022. It also used the opportunity to prepare for its delegation visit to Thailand early September and to express political support to the negotiations on a free trade agreement that were formally re-launched with this country on the same day. Heads of delegations were introduced to Deputy Prime Minister Jurin Laksanawisit who was present in Borgarnes.

The EFTA PC and the EFTA CC are EFTA advisory bodies. The EFTA PC is a forum of parliamentarians from the four EFTA countries, while the EFTA CC brings together representatives of the trade union confederations and employers’ associations in the four EFTA countries. The mission of both advisory bodies is to scrutinise and provide advice on the EFTA States trade relations with third countries as well as on the relations with the EU through the implementation of the EEA Agreement. Both advisory bodies are vital platforms for dialogue and consultation on social, economic, and political aspects of the EFTA free trade agreements, and the functioning of the EEA.