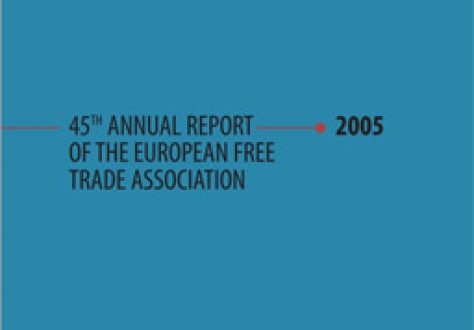 45th Annual Report of the European Free Trade Association, 2005. The year 2005 was successful for our organisation in its two main fields of activity: relations with the European Union and free trade and cooperation policy. EFTA's free trade policy has reached a symbolic turning point: EFTA has now the world's largest network of free trade partners. It signed a free trade agreement with the Republic of Korea, the world's seventh largest economy, and concluded negotiations with the five countries of the Southern African Customs Union, SACU. This in itself broke new ground for EFTA, as one of SACU's members is a least developed country.