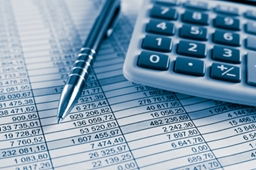 According to a recent Eurostat publication, living standards in most countries of the EEA area dropped in 2010 compared with a year earlier.

In Iceland, the median equivalised disposable income adjusted for inflation decreased by 9.7%. This was the second sharpest drop in the EEA area, the only other country showing a larger decrease was Greece where median income dropped by 12.3%. Over the same period, Norway and Switzerland showed a moderate increase with 0.9% and 0.6% respectively. The largest increase was registered by Malta with 2.5%.

However, certain parts of the population were more affected than others. While in Iceland and Switzerland retired persons were particularly affected
(-12.7% and -1.1%), in Norway it was the group of self-employed persons (-8.7%). In the vast majority of countries observed, the median equivalised disposable income for unemployed persons fell in real terms. Yet, in Switzerland this group registered the highest increase (6.4%) both within Switzerland and compared to other countries’ unemployed persons.

While income inequality rose in 15 EU countries as measured by quintile ratios, it stayed the same or decreased among the EFTA states. Whereas Switzerland reports an average increase in income of 0.9% for both the top and the bottom quintile, inequality actually decreased in Iceland and Norway.

This information is based on the latest EU-SILC (Statistics on Income and Living Conditions) data collected in 2011. This survey has not been conducted in Liechtenstein.

Figure: Change in median income in 2010 compared with 2009 after adjusting for inflation