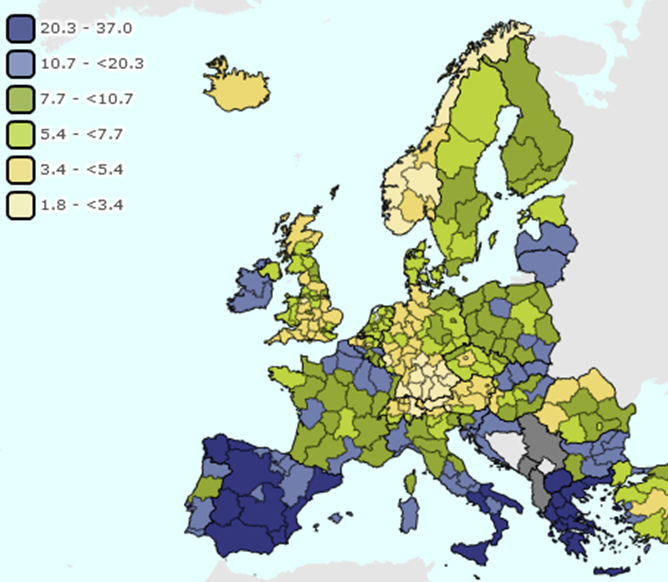 Unemployment rates in Iceland, Norway and Switzerland were low in 2014 compared to those in European Union (EU) countries, according to data published recently by Eurostat.

Liechtenstein data are not available in this publication. The Liechtenstein Statistical Office reported an unemployment rate of 2.4% in Liechtenstein in 2014, a decrease of 0.1 percentage points from the previous year. These data are not directly comparable to the data published by Eurostat due to different use of methodology.

For further information, see Eurostat's News Release 73/2015 and a website dedicated to unemployment statistics at regional level. For data on Liechtenstein, see Arbeitslosenstatistik.