Eurostat update: Who are our new fellow citizens? 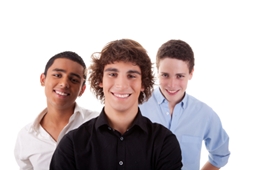 Have you ever listened to or taken part in a discussion about citizenship granted in your country? Statistics is frequently used in these discussions, often without a proper reference. Next time you have the chance to be prepared. In a recent publication Eurostat provides the answers to the questions you might have on the subject.

The Eurostat publication also includes an overview of the new citizens with respect to age and sex.
For more information see Statistics in focus.