Comparing price levels: Why are the EFTA States so expensive? 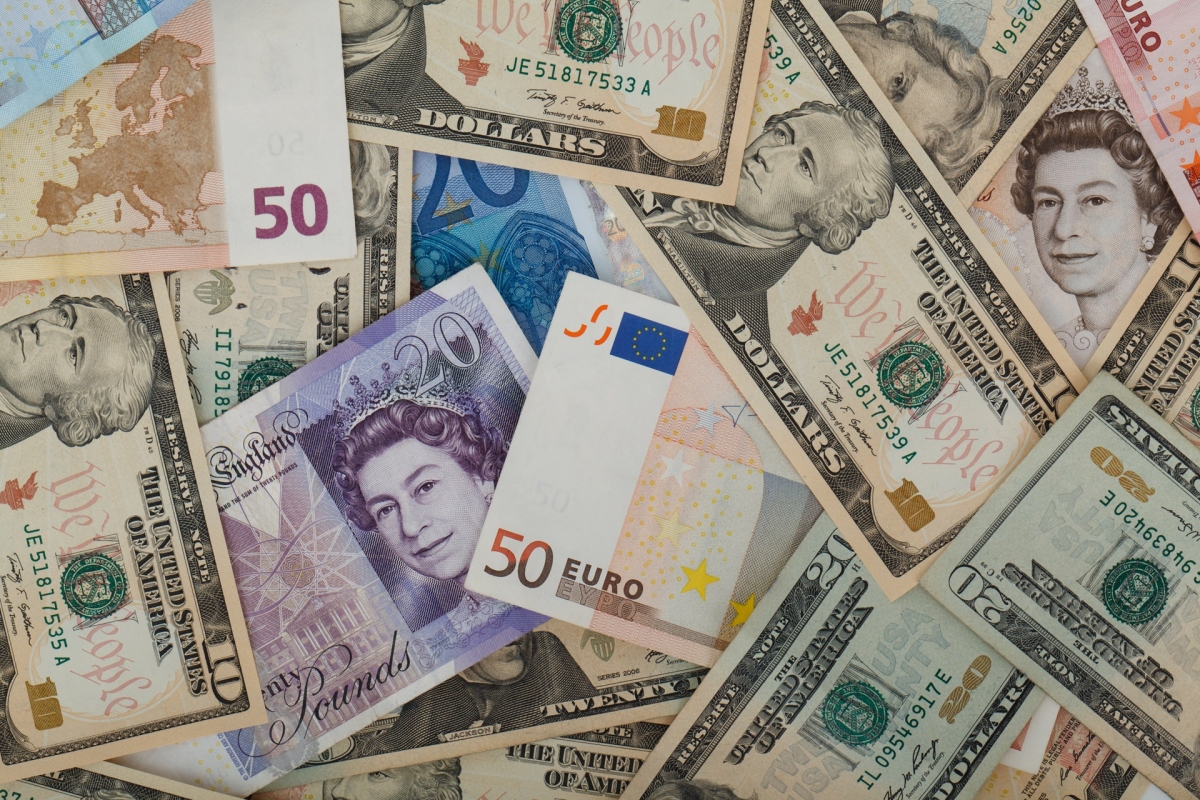 Visitors to the EFTA States are frequently astonished at the high prices for goods and services. Official statistics confirm that the price levels in Iceland, Switzerland and Norway are the highest in Europe. In 2017, the overall price level in Iceland was 72 percent higher than the EU average, while the corresponding figures for Switzerland and Norway were 66 and 52 percent.

Although there have been substantial changes over time, Norway and Switzerland have been among the most expensive countries in Europe at least since the 1990s. High productivity of the work force, with corresponding high salaries, is an important factor behind the high price levels. Other factors influencing a country's price level are exchange rates and inflation.

Figure 1 shows the overall price levels of goods and services for actual individual consumption[1]  in 2017, as published by Eurostat. It includes the EU and EFTA Member States[2], Japan and the United States. The price levels are expressed as indices with the EU28 average equal to 100.

Iceland, Switzerland and Norway had the highest price levels, at 72%, 66% and 52% above the EU. Denmark and Luxembourg were the most expensive EU Member States, while the price levels in Bulgaria and Romania were less than half the EU average. 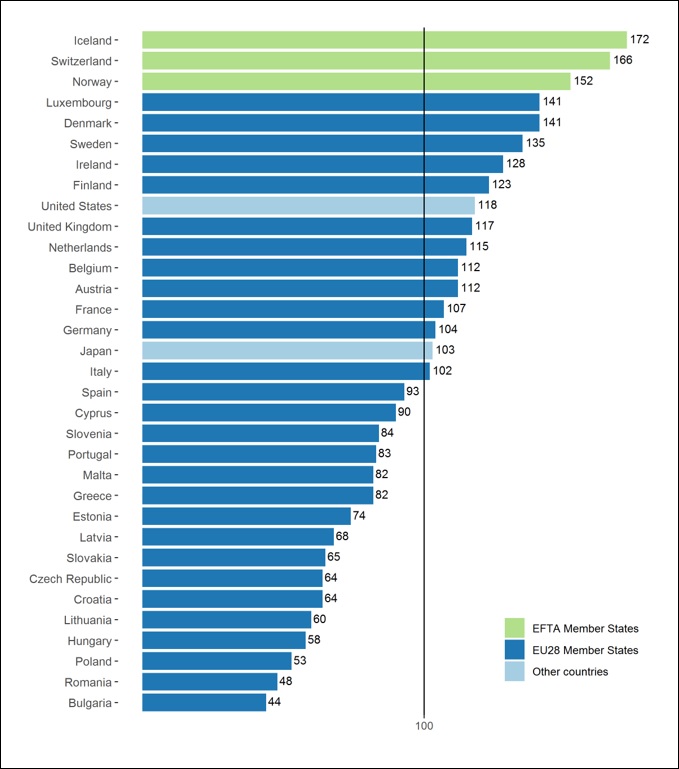 Table 1 shows the price levels for the twelve major groups of goods and services. The high salaries in the EFTA States are reflected particularly in the high price levels for labour-intensive services like health and education. The high prices for alcoholic beverages and tobacco in Iceland and Norway are related to the level of excise duties. It's also worth noting that the three EFTA States have a high price level for food and non-alcoholic beverages, substantially above the EU average and most EU Member States with the exception of Denmark.

The EFTA States are highly developed economies with generally good infrastructure, an educated workforce and high-quality equipment and machinery employed in production processes. In line with economic theory, the accumulated investment in such factors over time results in a highly productive work force and high salaries, which again leads to high overall price levels.

While the figures above are based on prices converted into a common currency, they are not related to a measure of income. Hence, the EFTA States may well appear expensive to the visitor, while residents may enjoy correspondingly high incomes which at least partially offset the high price level. Similarly, daily life can very well be expensive for residents in a country with low prices if incomes do not match the price level.

Figure 2: Correlation between price level and GDP per inhabitant 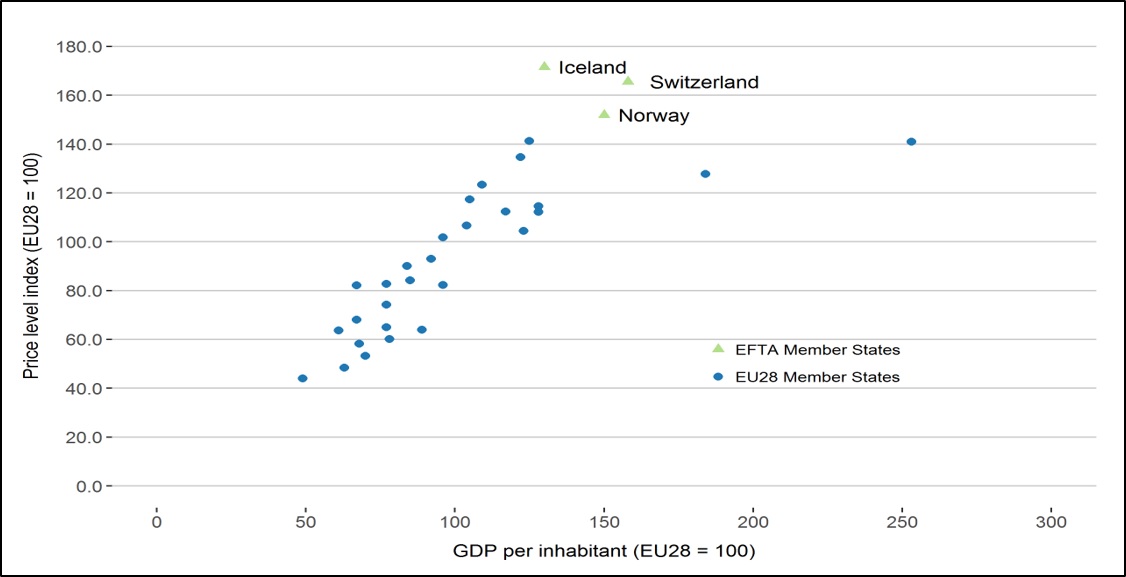 The argument about the link between productivity, income and prices may explain in very general terms why some countries have higher price levels than others, but it does not explain with any degree of precision why the EFTA States are more expensive than other highly developed economies, like Finland or the Netherlands. Exchange rates and inflation are additional factors that can have a major impact on price levels.

In comparing prices across countries, it is necessary to convert each country's prices into a common currency – as any international traveller will know. This means that an international comparison of price levels will be heavily influenced by the prevailing exchange rate.

Figure 3 illustrates this point. For each of the three EFTA States with data available, the figure shows the development of the price levels and the euro exchange rates from 1995 to 2017. The inverse relationship between price levels and exchange rates is most striking for Switzerland and Norway, but also clearly visible, if less consistent, for Iceland. However, it should be kept in mind that the immediate currency exchange effect is likely to be partially offset by cheaper (if the currency rises in value) or more expensive imports (if the currency falls in value). 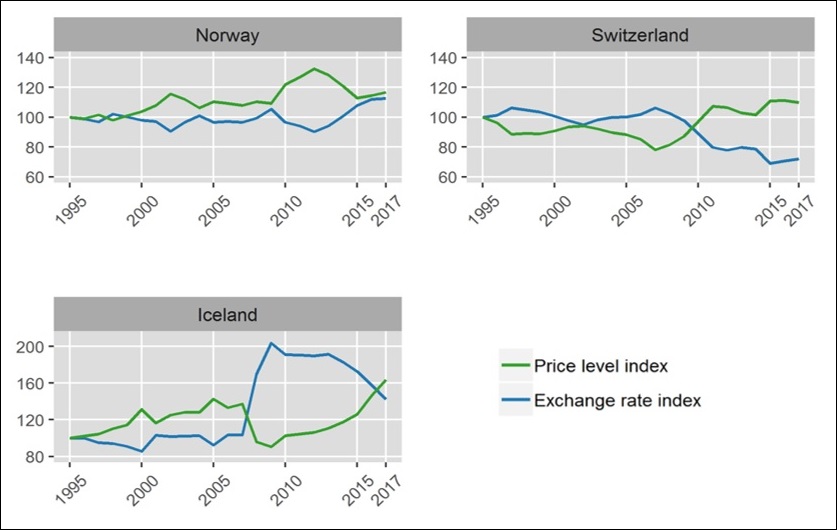 Using Iceland as an example, the dramatic fall in the value of the Icelandic króna from 2007 to 2009 "made Iceland cheaper" as seen from abroad. Similarly, the gradual appreciation of the króna from 2010 onwards lead to an increase in the price level. However, the depreciation of the króna 2007-2009 gradually led to more expensive imports which to some extent reduced the impact of the exchange rate on the price level.

Are the EFTA States expensive because their currencies are overvalued? At least for Switzerland, there may be reason to assume that this is a contributing factor. The Swiss franc has long been seen as a "safe haven" for global investors, pushing up demand for the currency.

Another important factor to take into account, besides exchange rates, is inflation. Persistently higher inflation rates in a given country compared to the EU – since our data compares price levels with the EU average – will lead to an upward development in the price level. As figure 4 shows, Switzerland has enjoyed a high degree of price stability in the years between 2006 and 2017, with annual inflation rates consistently lower than the EU. This can be assumed to have dampened the upward movement of the price level. On the other hand, inflation in Iceland was higher than in the EU, except in 2017, and particularly in the aftermath of the economic crisis of 2008-2009. This contributed to the increase in Iceland's price level. For Norway, the picture is more complex, but inflation rates have been higher than the EU since 2013 – without having any obvious impact on the price level. 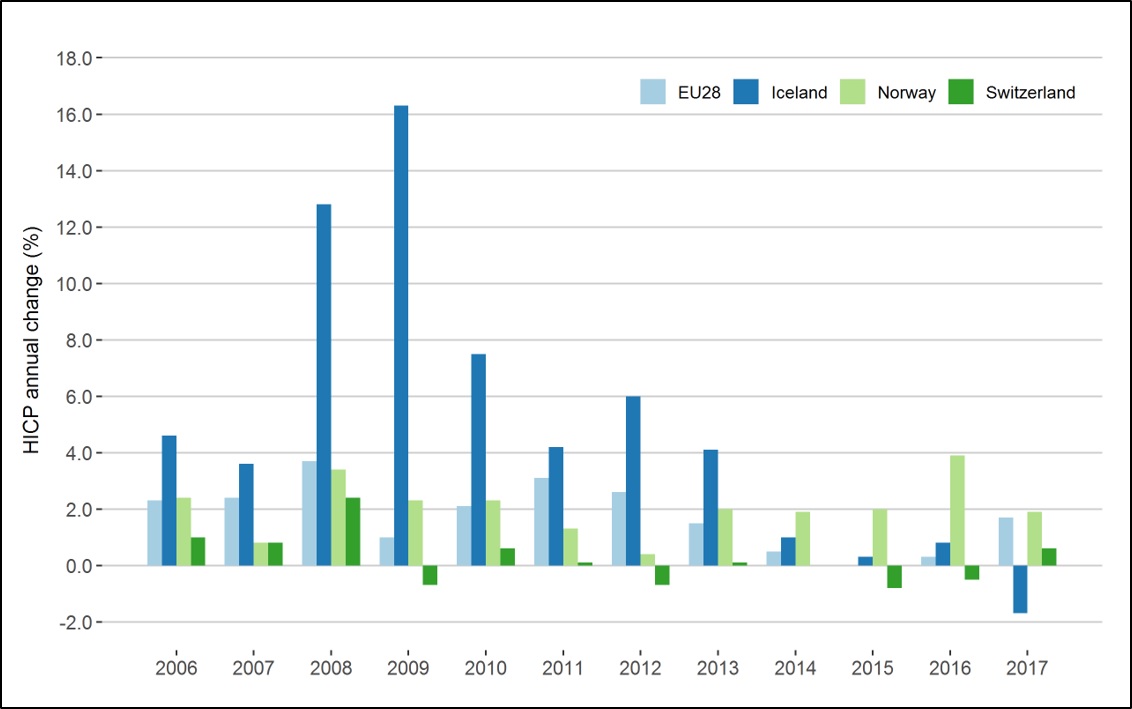 The data used in this article were extracted from Eurostat's dissemination database in July 2018 (dataset prc_ppp).

Price levels are estimated based on the price of a common, comparable basket of goods and services. In line with the AIC concept, the basket contains goods and services consumed and paid for by households, like food, clothing and energy, but also non-market services like health and education.

Price level indices are primarily meant to capture price differences between countries at a given point in time, rather than price development over time. The time series in this article is only intended to illustrate how exchange rates and inflation have influenced the price levels of the EFTA States over time.