Third round of free trade negotiations between EFTA and Hong Kong, China 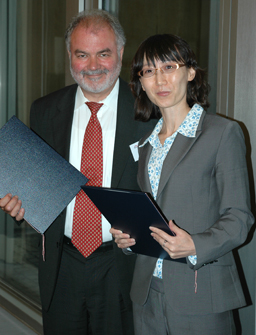 Delegations from the EFTA States and Hong Kong, China met from 23 to 27 August 2010 in Geneva for a third full round of negotiations on a comprehensive Free Trade Agreement (FTA).

The Parties had in-depth discussions and made significant progress in all fields. They agreed to meet again in late November 2010 in Hong Kong, with the aim to complete a broad-based Free Trade Agreement before the end of this year.

The negotiating teams were led by Mr Christian Etter, Ambassador and Delegate of the Swiss Government for Trade Agreements, on the EFTA side, and Ms Leonia Tai, Deputy Director-General of Trade and Industry, for Hong Kong, China.

In 2009, total merchandise trade between EFTA and Hong Kong reached USD 6.44 billion. Trade in services and foreign direct investment are also significant between both sides.