Second round of negotiations between EFTA and Chile 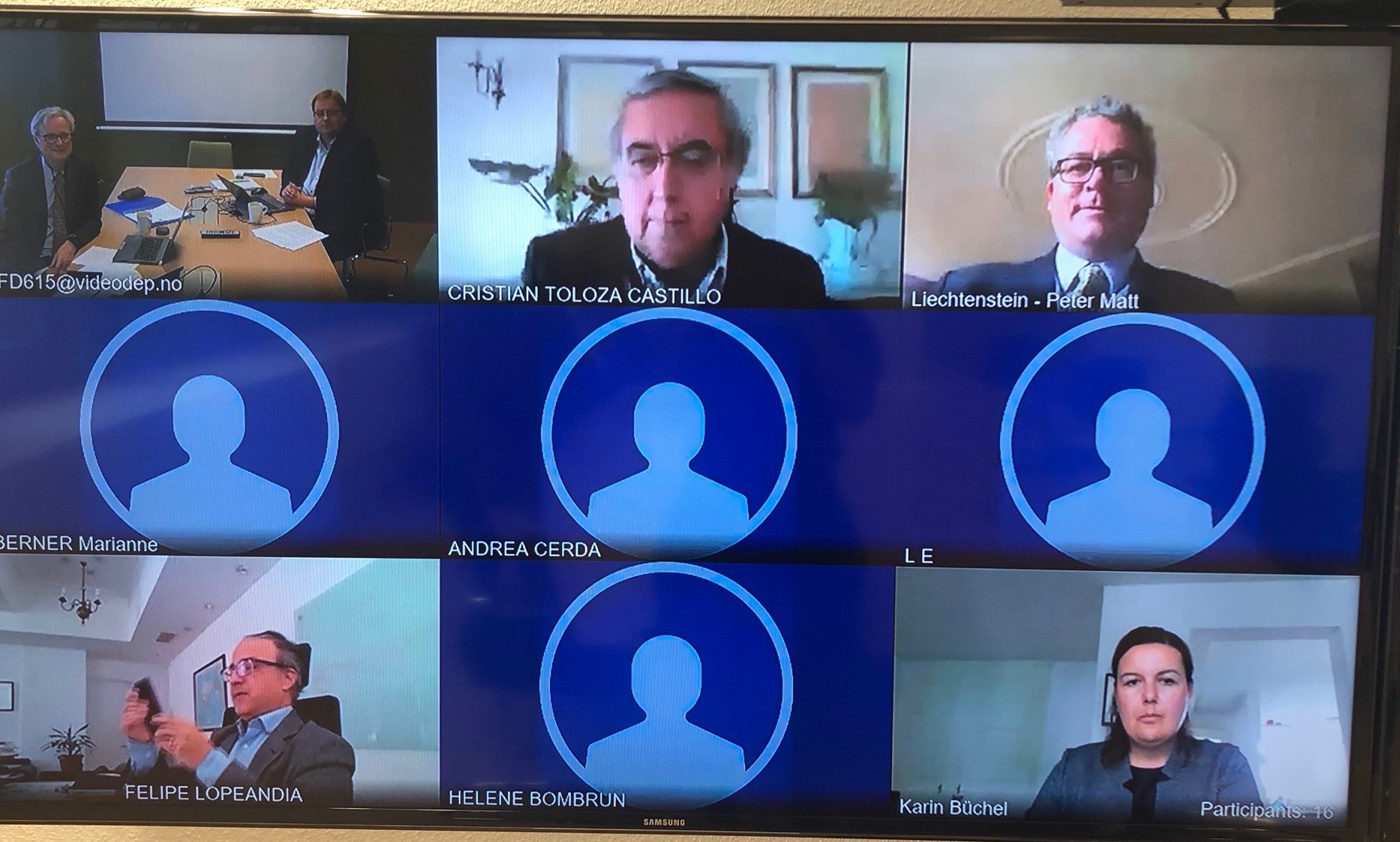 Heads of delegation from the EFTA States and Chile
From 27 to 30 April 2020, delegations from the EFTA States and Chile met through video conference for the second round of negotiations on the modernisation and expansion of their existing free trade agreement (FTA). Mr Erik Andreas Underland, Specialist Director at the Norwegian Ministry of Trade, Industry and Fisheries acted as the EFTA spokesperson, while Mr Felipe Lopeandia, General Director of Bilateral Economic Affairs at the Chilean Undersecretariat of International Economic Affairs headed Chile’s delegation.

The parties had in-depth discussions and made good progress. Expert discussions were held in all areas under modernisation, namely trade in goods, rules of origin, trade facilitation, technical barriers to trade, trade remedies, trade in services, intellectual property rights, government procurement and trade and sustainable development. The parties are looking into dates for meetings through video conference in summer 2020.

Bilateral trade between EFTA and Chile has grown strongly since the FTA entered into force in 2004. Excluding gold, EFTA’s imports from Chile have more than doubled from USD 109 million in 2004 to 230 million in 2019, while exports increased from 178 to 488 million over the same period. In total, trade has increased by 150 percent in the 16 years after the entry into force. EFTA’s main exports to Chile in 2019 included pharmaceuticals, machinery, medical instruments and watches, while fruits, inorganic chemicals, wine and fish oil were important imports.