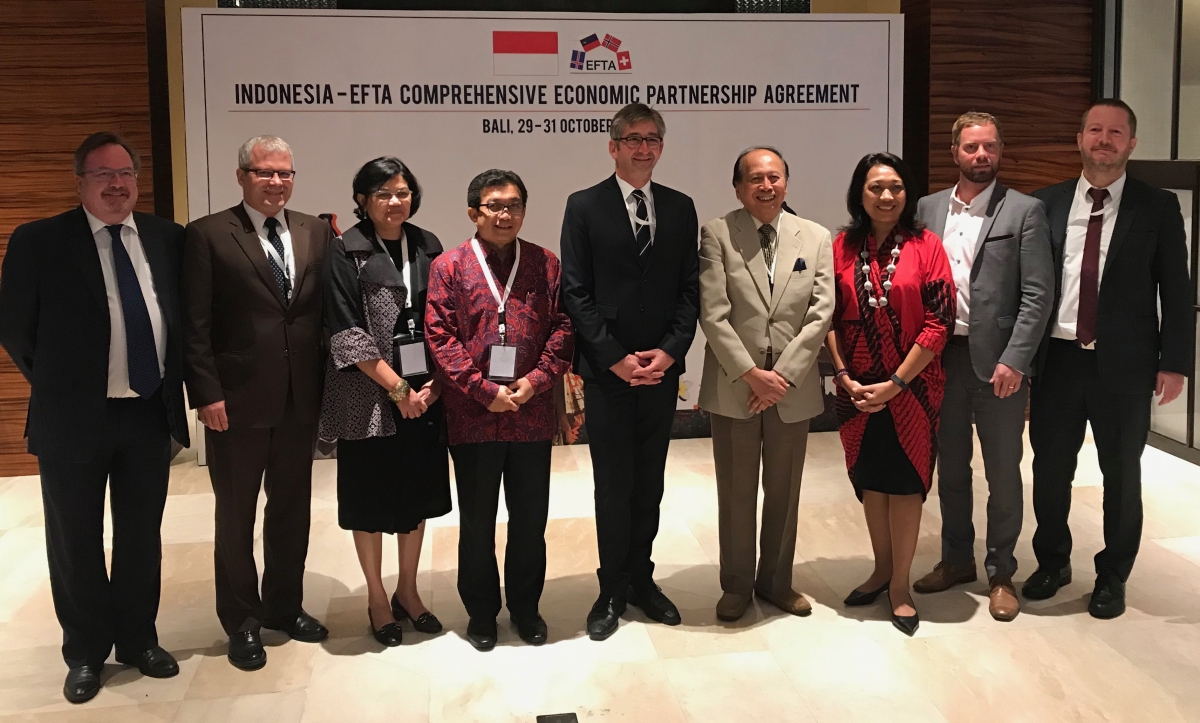 A wrap-up meeting for the negotiations between the EFTA States and Indonesia on a Comprehensive Economic Partnership Agreement (CEPA) took place in Bali, Indonesia, from 29 October to 1 November. Ambassador Soemadi D.M. Brotodiningrat headed the Indonesian delegation while Ambassador Markus Schlagenhof from Switzerland acted as the EFTA Spokesperson.

Negotiations towards a CEPA were launched in July 2010, with the first round held early 2011 in Jakarta, Indonesia.

Merchandise trade between the EFTA States and Indonesia amounted to USD 2.3 billion in 2017. The EFTA States exported goods worth USD 597 million, with the leading exports being machinery and mechanical appliances, pharmaceutical products and mineral fuels. EFTA imported goods worth USD 1.7 billion in 2017, with gold as the most significant import, followed by footwear and electrical machinery.

Further information on EFTA-Indonesia trade can be found with the EFTA Trade Statistics Tool.