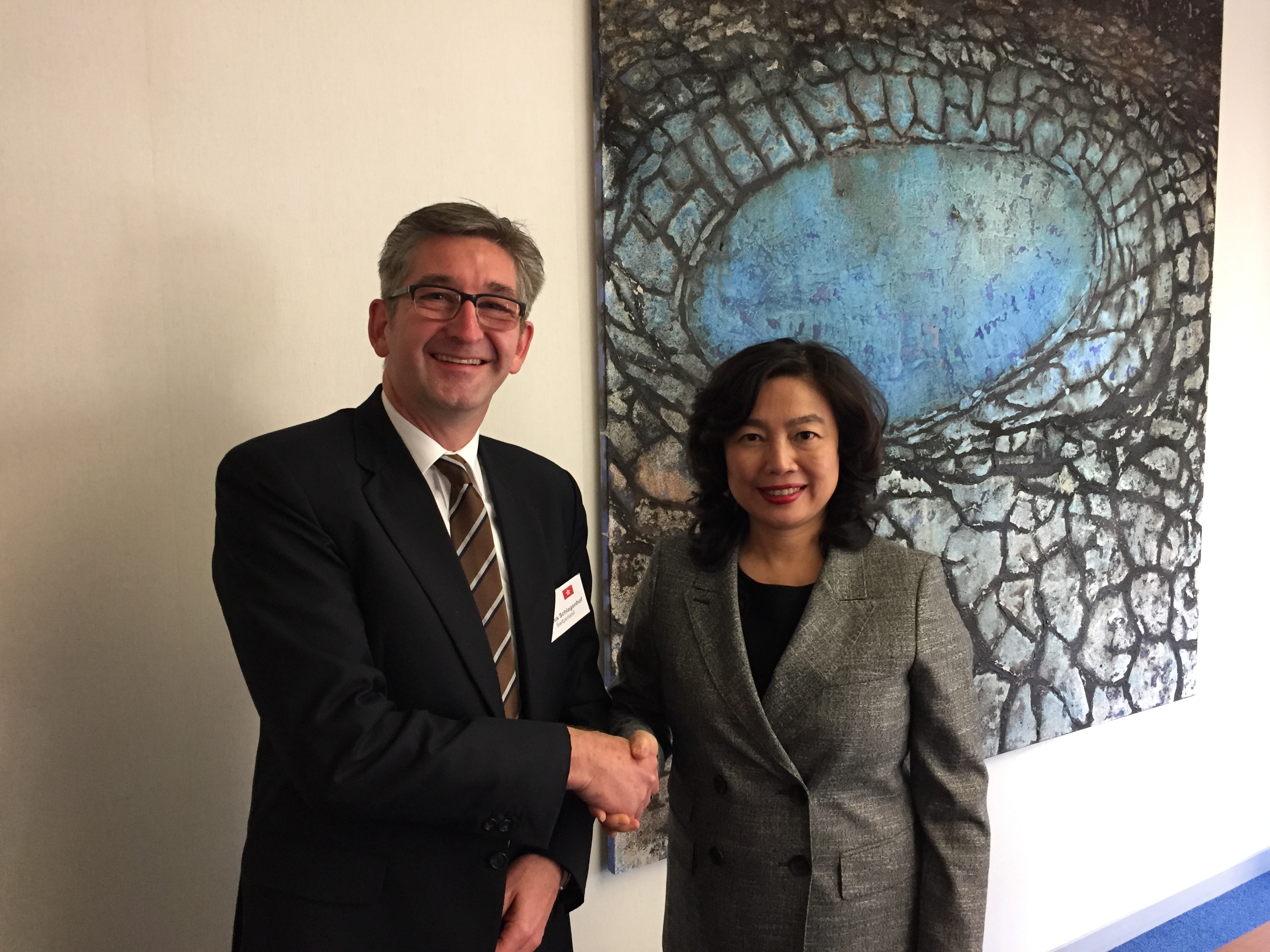 The Joint Committee established under the EFTA-Hong Kong, China Free Trade Agreement (FTA) held its first meeting on 31 October 2017 in Geneva, Switzerland. It was preceded by the first meeting of the Sub-Committee on Rules of Origin, Customs Procedures and Trade Facilitation, which took place the day before.

Ambassador Markus Schlagenhof, Head of World Trade at the State Secretariat for Economic Affairs of Switzerland, acted as EFTA Spokesperson, while Ms Salina Yan, Director-General of Trade and Industry, led the Hong Kong, China delegation. The two sides reviewed the implementation of the FTA and expressed their satisfaction with the development of bilateral trade since its entry into force.

The EFTA-Hong Kong, China FTA was signed on 21 June 2011 and entered into force on 1 October 2012 for Hong Kong, China; Iceland; Liechtenstein and Switzerland, and on 1 November 2012 for Norway. Trade between the two sides has grown significantly during the last decade. EFTA’s exports to Hong Kong, China reached an all-time high in 2013, peaking at USD 54 billion led by a considerable surge in Swiss exports of gold. Excluding gold, the all-time high was in 2014, led by watchmaking products, and trade flows have grown by 2.80% on average per year during the last decade. EFTA’s imports, excluding gold, have grown by 4.31% on average over the same period.