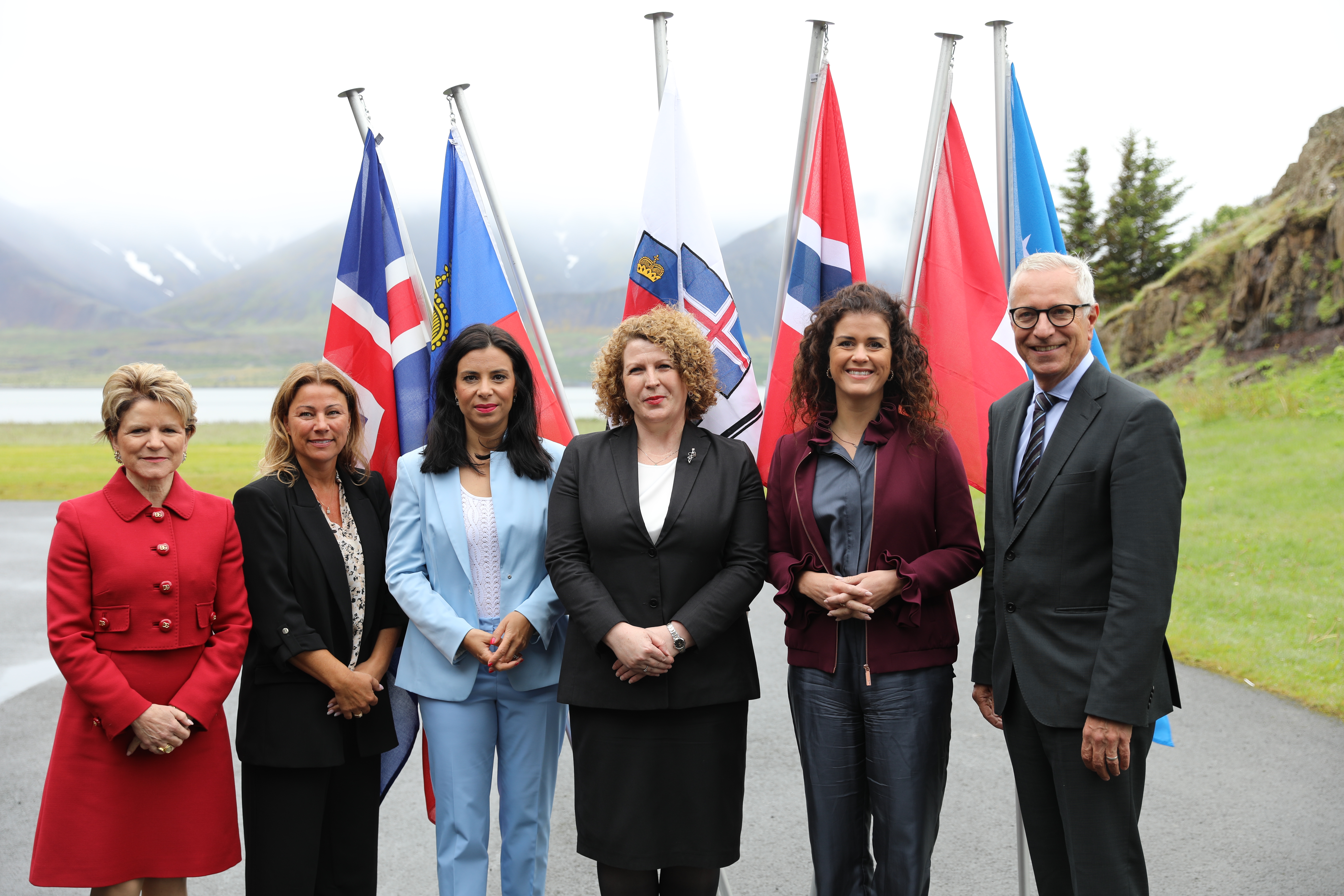 "The conclusion of this Agreement is vital for the Republic of Kosovo and aims to develop cooperation between Kosovo and EFTA countries putting focus on deepening and strengthening relations based on common interests in the field of economy, trade and investment. Moreover, in addition to economic importance, the signing of this Agreement is vital for Kosovo in terms of politics concerning other trading partners and foreign investors. I want to confirm, once again, that such a stance today represents an important decision in opening the Kosovar economy toward new development opportunities. I look forward to our future partnership, in particular due to the fact that we have a very strong diaspora in the majority of EFTA countries. Our diaspora is a little treasure, 70 % of the population is under 35 years old and therefore our work and commitment of the government is to ensure a good progress for the future of our people, our youth and for remittance of our diaspora to bring them to investment" said the Minister of Industry, Entrepreneurship and Trade of Kosovo, Ms Rozeta Hajdari.

Economic relations between the EFTA States and Kosovo

Bilateral EFTA-Kosovo merchandise trade has increased rapidly since 2002 and reached more than USD 127 million in 2021. EFTA’s main exports to Kosovo in 2021 were vehicles, tobacco, and pharmaceutical products. In the same year, merchandise imports from Kosovo consisted mainly of furniture, plastics, and articles of iron and steel. Read more about merchandise trade between EFTA and Kosovo here.