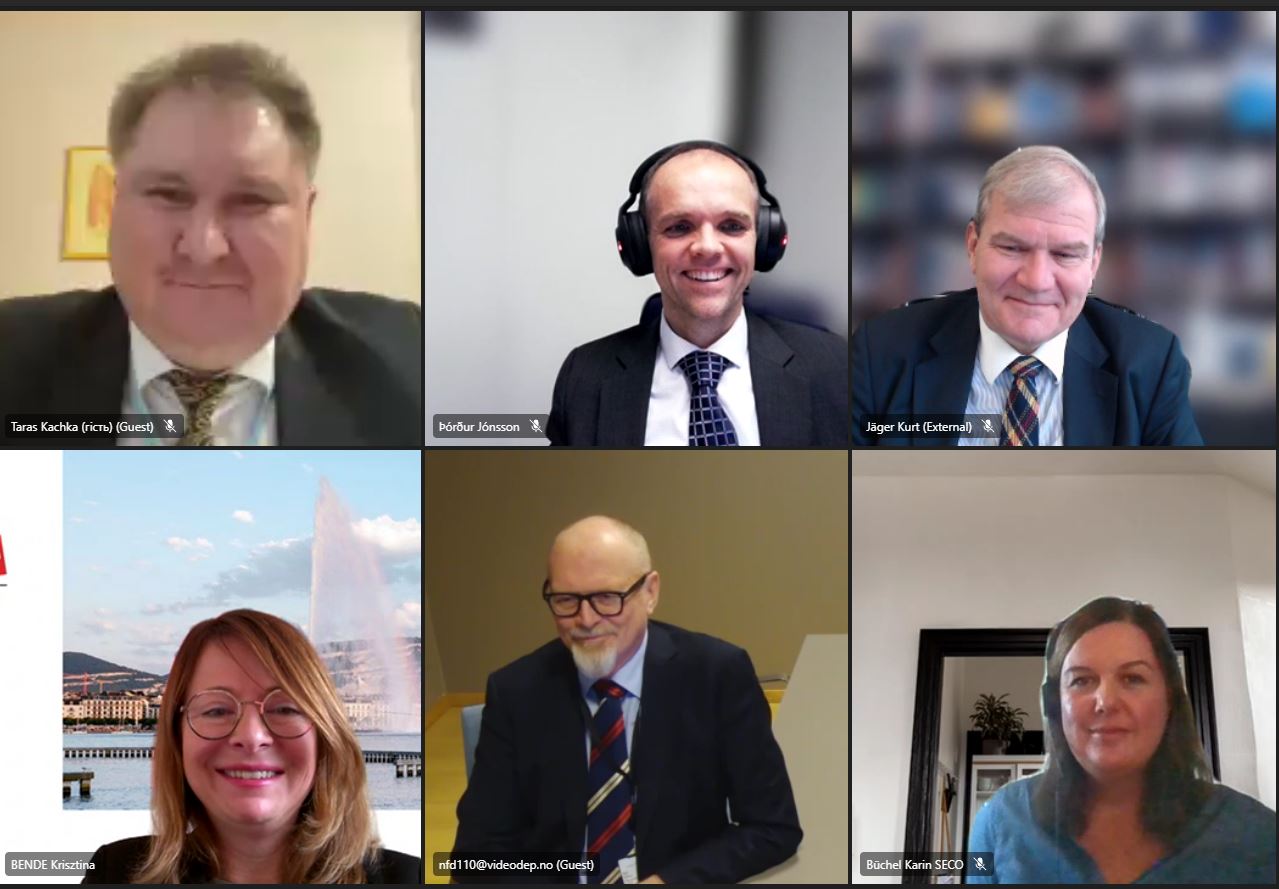 Mr Þórður Jónsson, Director of Trade Agreements at the Ministry for Foreign Affairs in Iceland, acted as the EFTA Spokesperson, while Mr Taras Kachka, Deputy Minister of Economy of Ukraine, headed the Ukrainian delegation.

EFTA recalled that it condemned the Russian aggression against Ukraine and confirmed its commitment under the agreement in force with Ukraine since 2012.  The parties then exchanged views on the content of their free trade agreement. They noted its well-functioning and explored areas which could be modernised and added to the agreement despite the difficult circumstances of Ukraine. They agreed to continue their discussions early in 2023.

The main imports to the EFTA States were woven apparel or clothing accessories (11.4%), while most exports to Ukraine were fish and crustaceans (24.3%) and pharmaceutical products (24.2%). Total trade between the parties continues to increase this year.

Read more about merchandise trade between EFTA and Ukraine here.