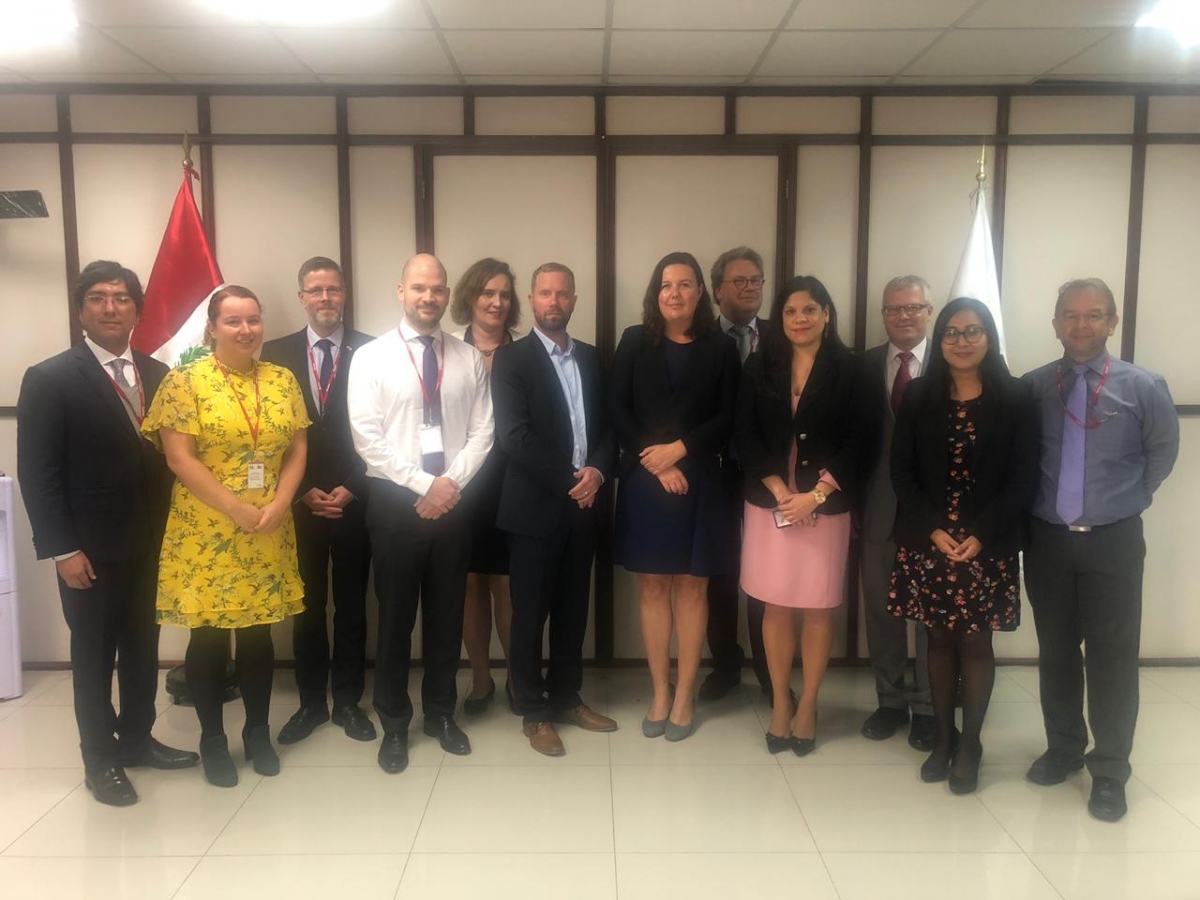 Miss Vanessa Saldarriaga, Director in the Ministry of Foreign Trade and Tourism, headed the Peruvian team while Ms Karin Büchel, Minister and Head of the EFTA/Free Trade Agreement Division at the State Secretariat for Economic Affairs of Switzerland, acted as the EFTA spokesperson in the Joint Committee.

The EFTA-Peru FTA entered into force between July 2011 and July 2012 for the five contracting parties. It has broad coverage, notably including trade in goods, protection of intellectual property rights, investment and government procurement.

The Joint Committee discussed the functioning of the Agreement and agreed that the implementation of the FTA has to date been smooth and effective. It discussed issues pertaining to sanitary and phytosanitary measures, intellectual property rights, customs issues and government procurement. Delegations furthermore discussed the possibility of starting negotiations towards a full chapter on trade in services as well as the possible inclusion of provisions on trade and sustainable development and trade facilitation.

Merchandise trade between the EFTA States and Peru has developed strongly over the last decade, especially since the entry into force of the EFTA-Peru Free Trade Agreement on the 1st of July 2011. Since 2010, total merchandise trade (excluding gold) has an increase of 27%, with a 23% increase in EFTA’s exports to Peru, and a 29% increase of EFTA’s imports from Peru. Between 2010 and 2018, the annual increase of total bilateral trade in goods (excluding gold) amounted to 2.95% on average. Total bilateral trade reached USD 2.7 billion in 2018, with significantly more exports from Peru to EFTA (USD 2.54 billion) than vice versa (USD 189 million).