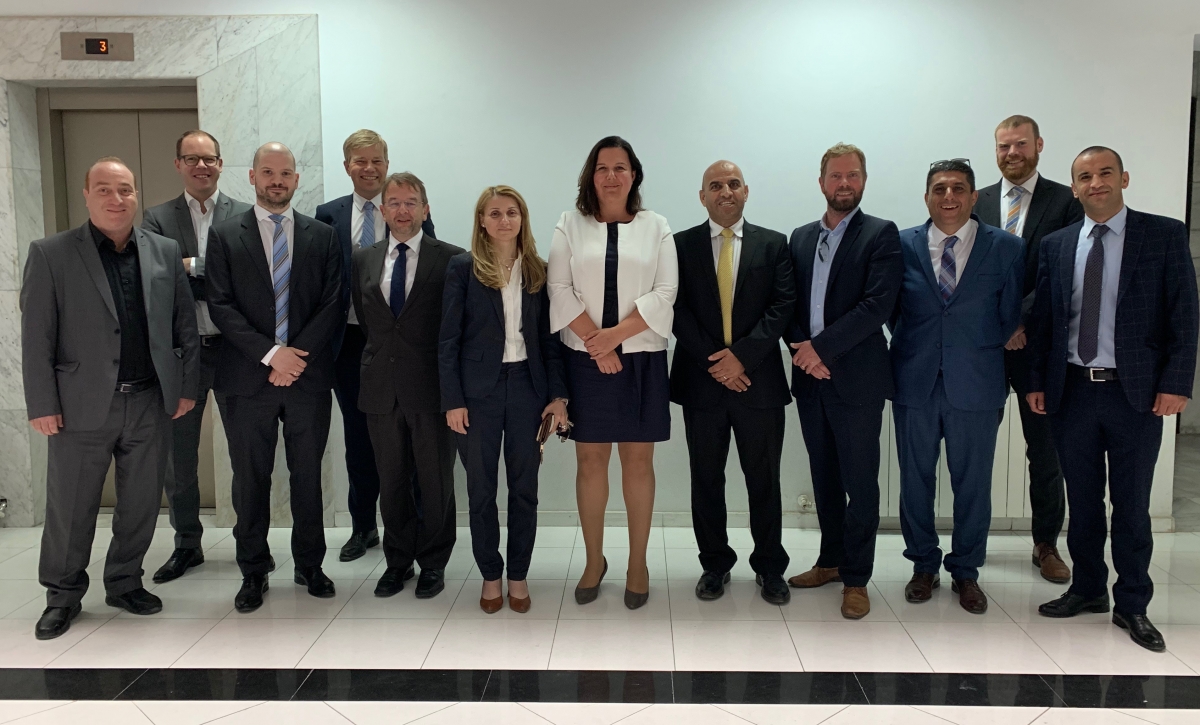 Delegations from the EFTA States and Palestine convened in Ramallah on 27 June 2019 to address issues of implementation of their interim Agreement and to launch the process aiming at updating the bilateral agricultural agreements.

The EFTA-Palestine interim Agreement entered into force in 1999. At its sixth meeting, the Joint Committee discussed a number of issues under the agreement, including economic relations between the two sides and customs-related issues, as well as areas for a possible deepening of trade relations. Notably, agricultural experts convened the same morning to discuss the modernisation and expansion of the bilateral agricultural agreements.

The Palestinian delegation was headed by Dr Bashaer Risheq, Director General in the Directorate for Policies and International Economic Relations while Ms Karin Büchel, Head of Free Trade Agreements at the State Secretariat for Economic Affairs in Switzerland acted as spokesperson for the EFTA States.

Total merchandise trade between the EFTA States and Palestine stood at USD 32.6 million in 2018. EFTA’s main exports to Palestine consist of pharmaceutical products; tobacco; surgical instruments; and machinery. The primary exports from Palestine to the EFTA States are fats and oils, as well as fruits and nuts.