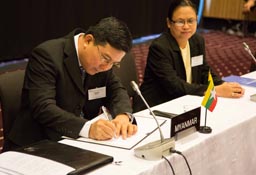 Ministers from the Member States of the European Free Trade Association (EFTA) – Iceland, Liechtenstein, Norway and Switzerland – and from Myanmar signed a Joint Declaration on Cooperation (JDC) on 24 June 2013 in Trondheim, Norway. Through the JDC, both sides commit to further enhancing their bilateral economic relations. The JDC establishes a Joint EFTA-Myanmar Committee, thereby providing the Parties with a forum for discussing relevant issues.

The EFTA-Myanmar JDC was signed by Trond Giske, Minister of Trade and Industry of Norway; Gunnar Bragi Sveinsson, Minister for Foreign Affairs and External Trade of Iceland; Aurelia Frick, Minister of Foreign Affairs of Liechtenstein; and Johann N. Schneider-Ammann, Head of the Federal Department of Economic Affairs, Education and Research of Switzerland; as well as by Pwint San, Deputy Minister of Commerce of Myanmar.

Economic relations between the EFTA States and Myanmar

EFTA has established one of the most extensive networks of preferential trade relations worldwide. In addition to the European Union as the EFTA States’ most important economic partner, EFTA’s network of free trade agreements currently extends to 36 countries, and free trade negotiations are currently underway with several other partners. JDCs have been concluded with a further five partners. 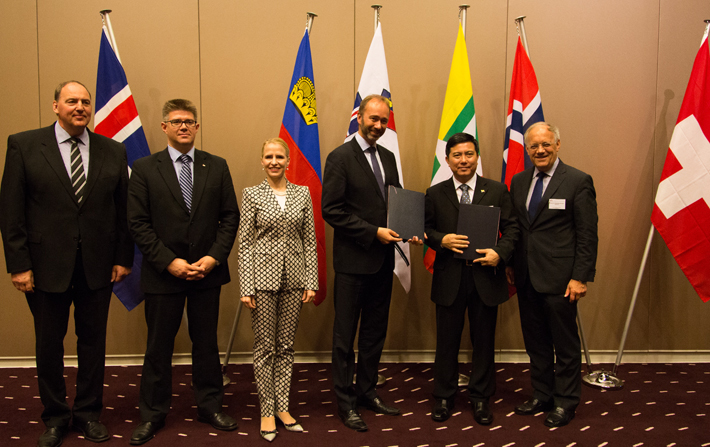