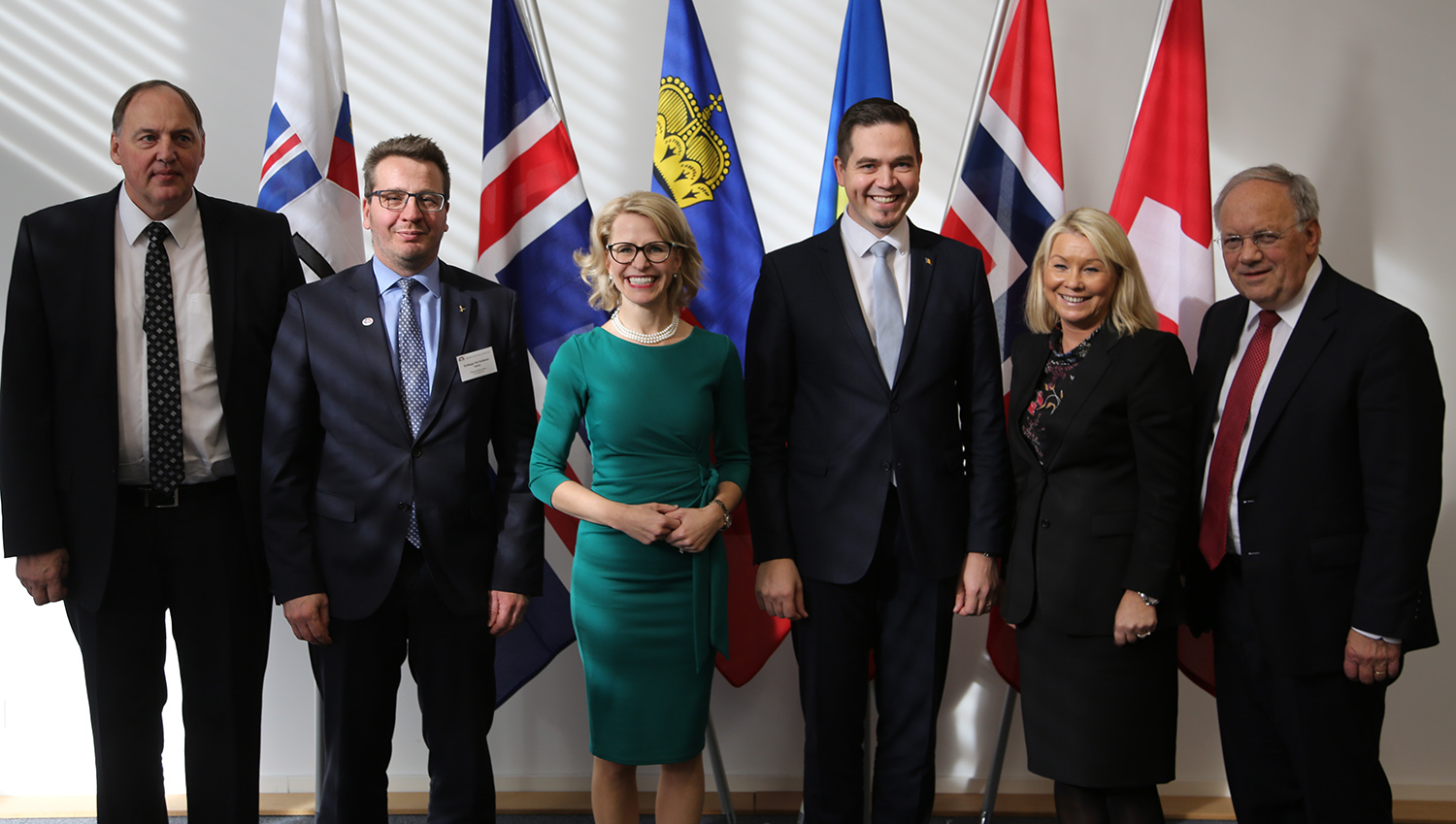 Through the JDC, both sides commit to further strengthening their economic relations. The JDC establishes a Joint EFTA-Moldova Committee, thereby providing the Parties with a forum for discussing ways and means to enhance economic exchange and cooperation between the two sides.

The EFTA-Moldova JDC was signed by Aurelia Frick, Minister of Foreign Affairs of Liechtenstein; Gudlaugur Thór Thórdarson, Minister for Foreign Affairs and External Trade of Iceland; Ms Monica Mæland, Minister of Trade and Industry of Norway; and Johann N. Schneider-Ammann, Federal Councillor and Head of the Federal Department of Economic Affairs, Education and Research of Switzerland; as well as by Ambassador Tudor Ulianovschi, Permanent Representative of the Republic of Moldova to the United Nations Office and other International Organizations in Geneva.
Economic relations between the EFTA States and Moldova
The value of total EFTA-Moldova merchandise trade (imports and exports) amounted to USD 35 million in 2016. The EFTA States exported goods to Moldova worth USD 15 million, while imports reached USD 19 million. EFTA’s imports from Moldova consist mainly of apparel, nuts and furniture. Exports from the EFTA States include pharmaceuticals, vehicles and seafood.
EFTA as a trade partner
EFTA has established one of the most extensive networks of preferential trade relations worldwide. The EFTA States’ most important economic partner is the European Union, but EFTA’s network of free trade agreements currently also extends to 38 countries and territories. In addition, free trade negotiations are underway with several other partners and JDCs have been concluded with another six.
High-resolution photos from the signing ceremony can be found here.
Share this
Email Facebook Twitter Google Plus LinkedIn