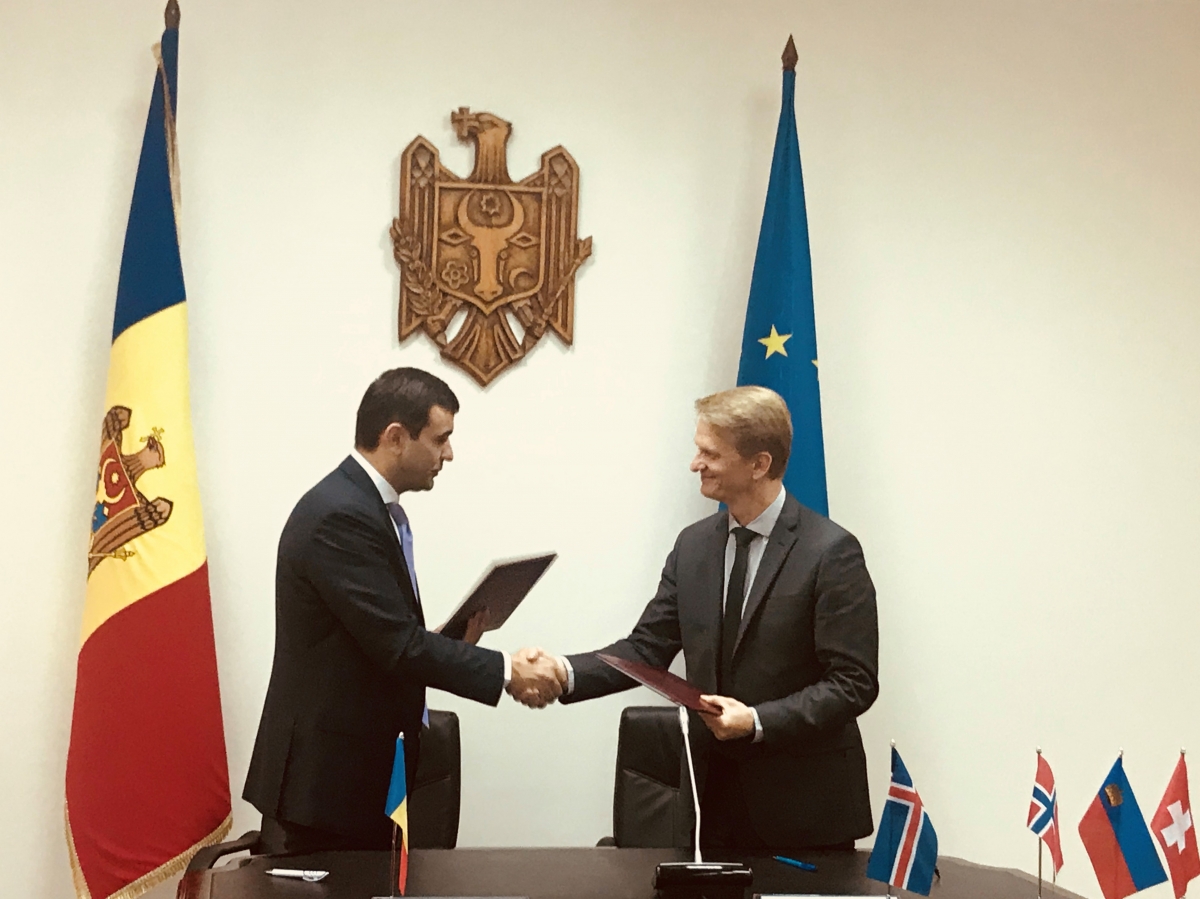 H.E. Chiril Gaburici, Minister of Economy and Infrastructure of the Republic of Moldova, and Ambassador Harald Aspelund of Iceland.
The Committee established under the EFTA-Moldova Joint Declaration on Cooperation (JDC) held its first meeting on 15 May 2018 in Chisinau, Moldova.

The Joint Committee exchanged information on economic developments and policies, reviewed the current bilateral trade and investment flows and addressed activities in the field of preferential trade agreements. They furthermore discussed ways and means to further strengthen their economic relations and enhance their cooperation in the areas covered by the JDC.

The JDC between the EFTA States and Moldova was signed on 24 November 2017. The value of total EFTA-Moldova merchandise trade (imports and exports) amounted to USD 52 million in 2017, an increase of 18 million since 2016. The EFTA States exported goods to Moldova worth USD 24 million, while imports reached USD 28 million. EFTA’s imports from Moldova consist mainly of apparel and footwear, fruit and nuts, electrical machinery and furniture. The main exports from the EFTA States to Moldova include pharmaceuticals, electrical machinery, vehicles and seafood.

Read more on the EFTA-Moldova Joint Declaration on Cooperation and trade statistics between EFTA and Moldova.