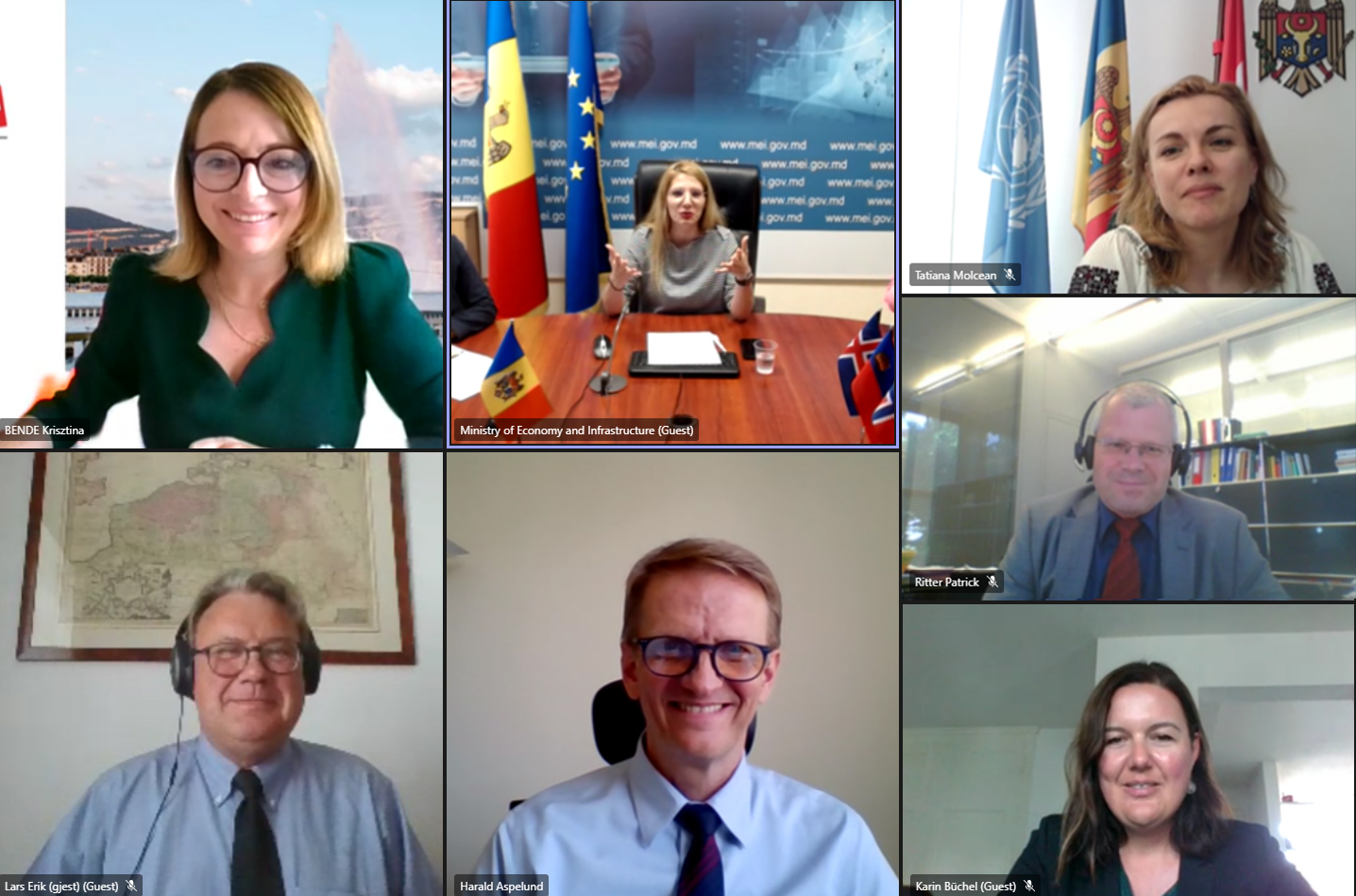 EFTA and Moldova Heads during the second round of negotiations

A second round of negotiations between the EFTA States and Moldova took place by videoconference from 30 June to 2 July.

Ambassador Harald Aspelund, Permanent Representative of Iceland to the UN and to the WTO acted as the EFTA spokesperson, while State Secretary Iuliana Drăgălin from the Ministry of Economy and Infrastructure of the Republic of Moldova headed the Moldovan delegation.

Building on the considerable progress made in the first round of negotiations and exchanges between rounds, the delegations were able to conclude the discussions on rules of origin and sanitary and phytosanitary measures and reduce the outstanding issues considerably in the remaining fields. These were trade in goods, trade facilitation and customs cooperation, trade in services, investment, intellectual property rights, government procurement, trade remedies and legal and horizontal issues.

Read more about merchandise trade between EFTA and Moldova here.