EFTA and Malaysia hold tenth round of negotiations 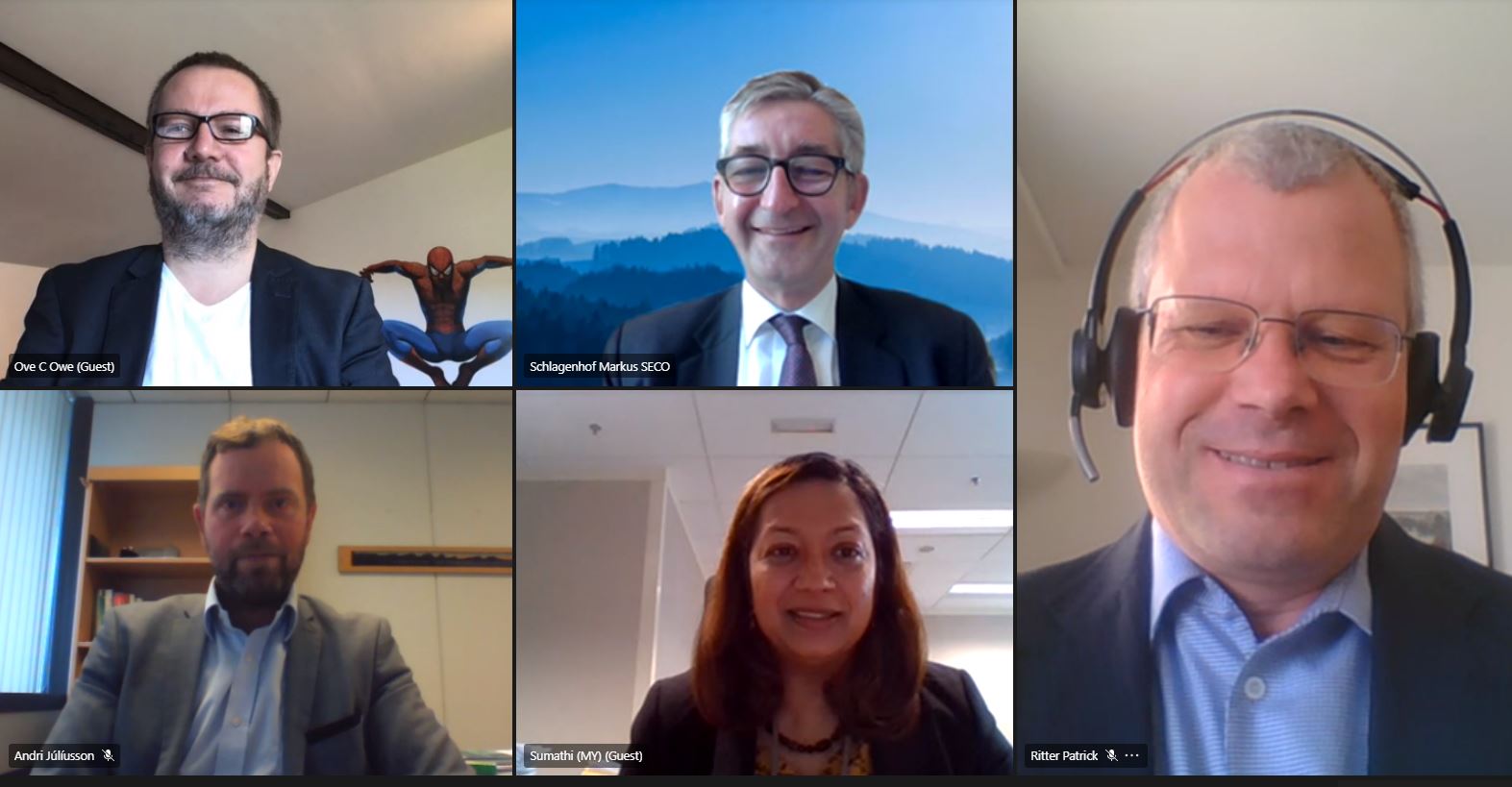 EFTA and Malaysia hold tenth round of negotiations

A tenth round of negotiations on an Economic Partnership Agreement between the EFTA States and Malaysia took place on 25, 27 and 28 May 2021 by videoconference. Ambassador Markus Schlagenhof was the spokesman, the Swiss delegate of the Federal Council for free trade agreements for EFTA and Ms Sumathi Balakrishnan, the chief negotiator from the Malaysian Ministry of International Trade and Industry.

This round took place under a new Malaysian government with its freshly renewed negotiation mandate for an agreement with EFTA. This is in the aftermath of the conclusion of the Regional Cooperation Economic Partnership in October 2020 to which Malaysia is a Party with 14 other countries.

EFTA and Malaysia had started negotiations in Geneva in April 2014. Bilateral trade between the Parties has grown steadily once they agreed to launch negotiations. Excluding gold, EFTA’s imports from Malaysia have increased by more than 35%, from EUR 660 million 2012 to EUR 893 million in 2020, while exports increased slightly from EUR 740 million to 765 million in the same period.

In total, trade between EFTA and Malaysia has increased by over 18 percent since 2012. EFTA’s main exports to Malaysia in the period were pharmaceutical products (19%), machinery and equipment (21%) and precision instruments and apparel (8%). EFTA’s main imports from Malaysia were telephone sets including electronic machinery and equipment (22%), precision instruments and apparel (10%) and rubber articles (7.6%).

Read more about merchandise trade between EFTA and Malaysia here.