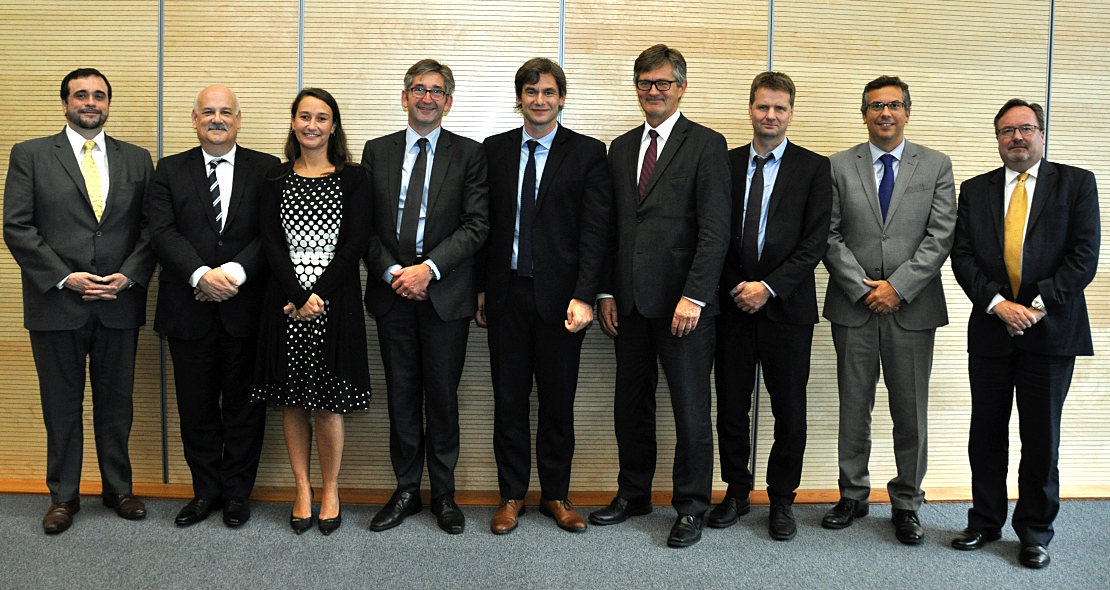 Representatives of the EFTA and MERCOSUR States, meeting in Geneva, Switzerland, 29 August to 1 September 2017
Delegations from the EFTA and MERCOSUR States met for the second round of free trade negotiations from 29 August to 1 September 2017 in Geneva, Switzerland.
Mr Jan Farberg, Director General in the Norwegian Ministry of Trade, Industry and Fisheries, acted as the EFTA Spokesperson, while Mr Victorio Carpintieri, Deputy Secretary of Economic Integration in the Americas and MERCOSUR in the Ministry of Foreign Affairs and Worship of Argentina, acted as the MERCOSUR Spokesperson.
During the second round, expert working groups discussed a broad range of topics such as trade in goods, rules of origin and trade facilitation, trade in services, investment, competition, government procurement, intellectual property rights, legal and horizontal issues and sustainable development.
The Parties plan to hold an intersessional negotiating meeting at the level of Heads and experts in autumn 2017 in Argentina.
The negotiations between the four EFTA States (Iceland, Liechtenstein, Norway and Switzerland) and the four MERCOSUR States (Argentina, Brazil, Paraguay and Uruguay) were launched at Ministerial level in January 2017 in Davos, Switzerland, followed by the first round of negotiations in June 2017 in Buenos Aires, Argentina.
Read more on EFTA-MERCOSUR negotiations and trade statistics.
Share this
Email Facebook Twitter Google Plus LinkedIn