EFTA and India hold 16th round of free trade negotiations 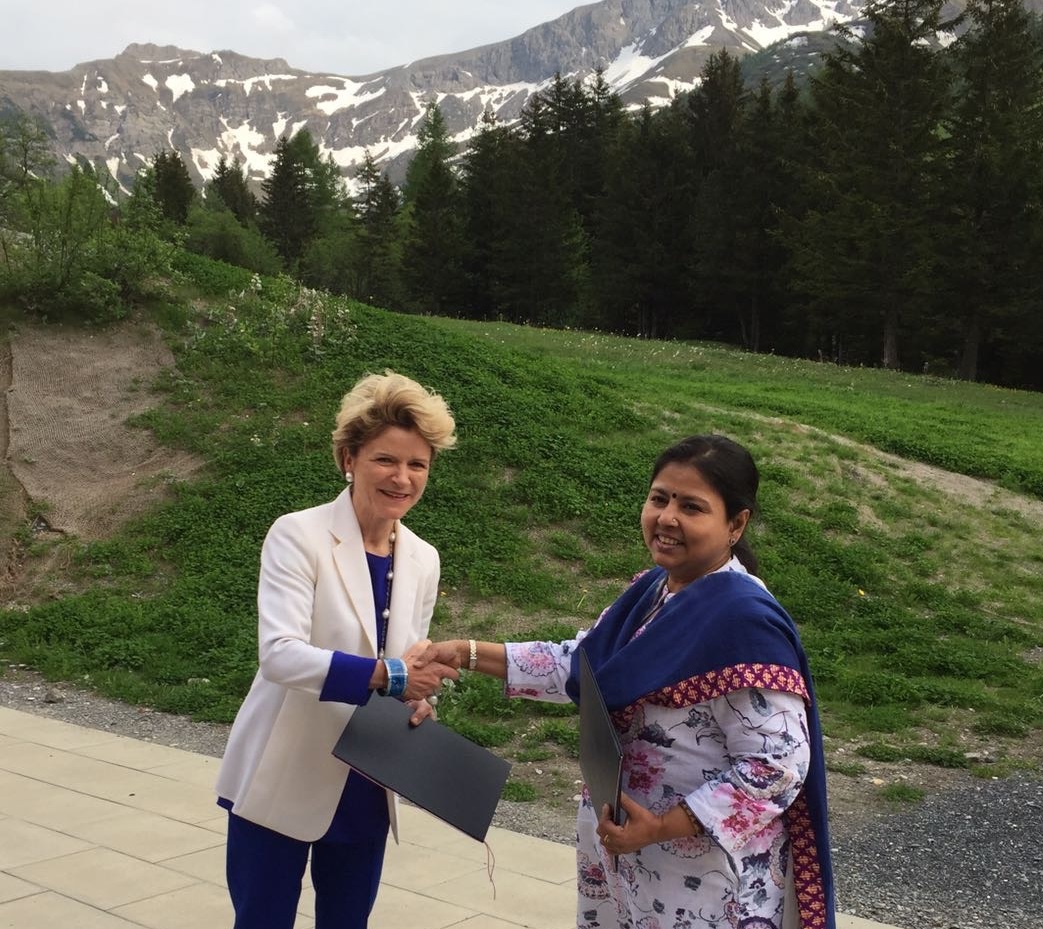 State Secretary Marie-Gabrielle Ineichen-Fleisch from Switzerland (on the left) and Anita Praveen, Joint Secretary in the Department of Commerce (on the right)
From 29 May to 2 June 2017, delegations from the EFTA States and India met in Malbun, Liechtenstein and continued talks towards a comprehensive free trade agreement.
The free trade negotiations started in October 2008, with 13 rounds being held until November 2013. Chief negotiators decided to resume negotiations in 2016 after taking stock of the results achieved so far, and two further rounds have since been held.
During this 16th round, experts from both sides discussed outstanding issues regarding trade in services, rules of origin and intellectual property rights, while Heads of Delegation reviewed the state of play regarding trade in goods.
State Secretary Marie-Gabrielle Ineichen-Fleisch from Switzerland acted as EFTA Spokesperson, while Anita Praveen, Joint Secretary in the Department of Commerce, led the Indian delegation.
Both sides agreed to continue negotiations with a view to moving swiftly towards concluding the process. The next round of negotiations will be held in India in autumn 2017.