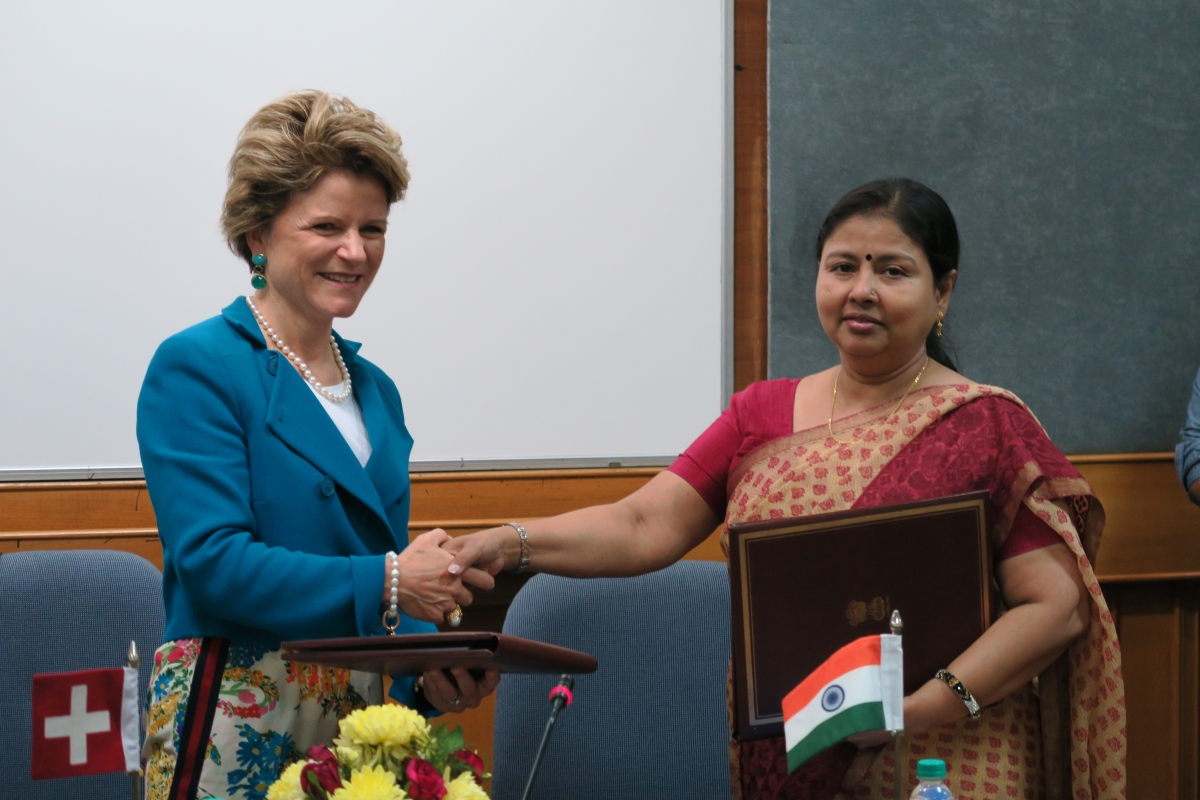 State Secretary Ms Marie-Gabrielle Ineichen-Fleisch from Switzerland (on the left) acted as the EFTA Spokesperson, while the Indian side was led by Ms Anita Praveen, Joint Secretary in the Department of Commerce of the Government of India (on the right)
Delegations from EFTA and India met for the 17th round of negotiations on a Trade and Economic Partnership Agreement (TEPA) from 18 to 21 September 2017 in Delhi, India.
Expert working groups convened to continue discussions in the areas of trade in goods, rules of origin, trade in services and intellectual property rights. Work on other topics foreseen to be covered by the agreement had already been provisionally concluded in earlier stages of the negotiations.
Detailed follow-ups were agreed to be undertaken by both sides in view of the next round, planned to take place in early 2018.
Read more on EFTA-India negotiations and trade statistics.
Share this
Email Facebook Twitter Google Plus LinkedIn