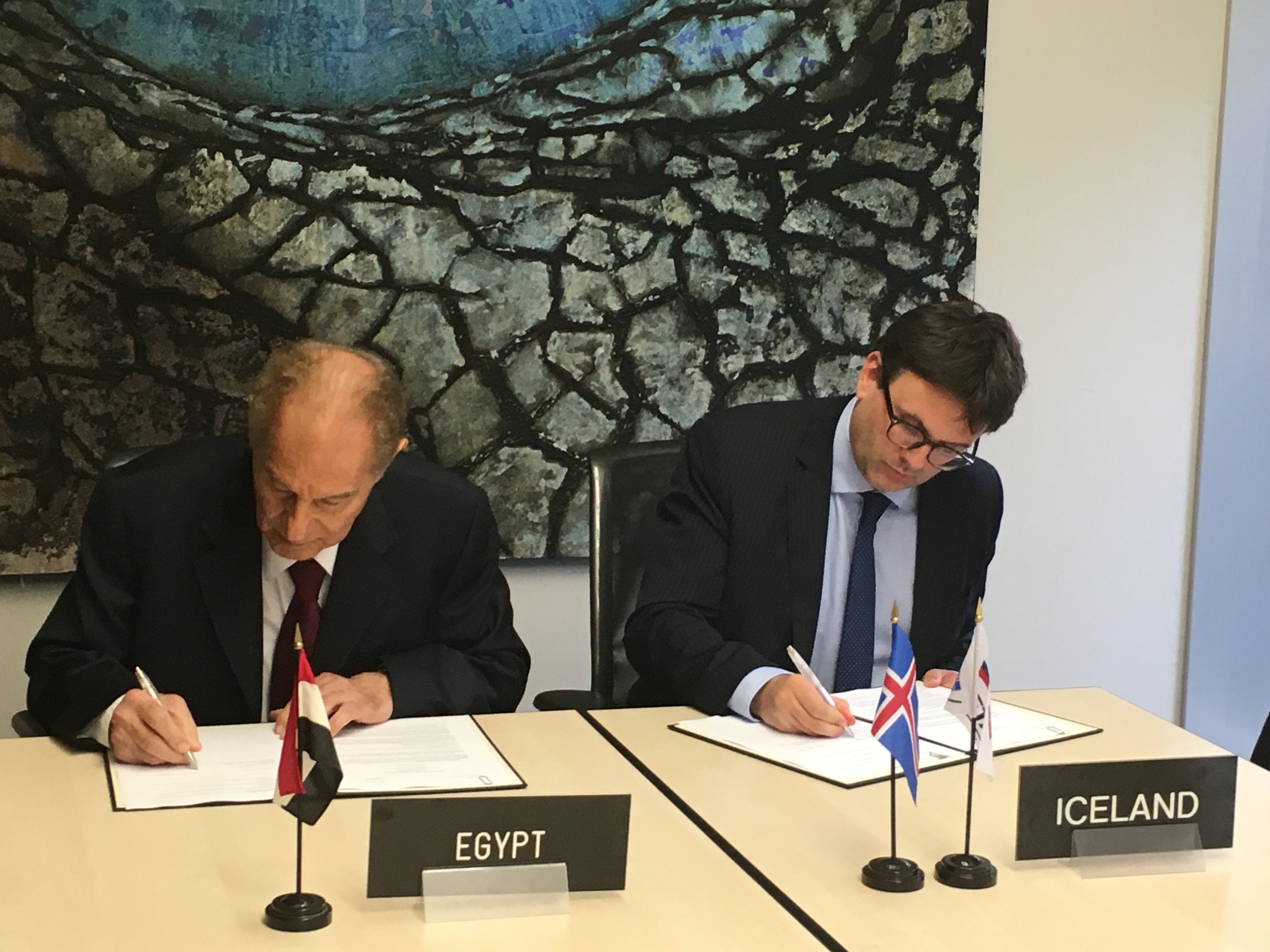 Mr Sayed Elbous, Senior Advisor at the Ministry of Trade and Industry of Egypt signed for the Egypt side and Mr Finnur Thór Birgisson, Counsellor and Deputy Permanent Representative at the Permanent Mission of Iceland in Geneva signed for the EFTA side.
Delegations from the EFTA States and Egypt convened in Geneva on 15 and 16 June 2016 to address issues of implementation of their free trade agreement.
The EFTA-Egypt Free Trade Agreement (FTA) entered into force in 2007. At its third meeting, the Joint Committee discussed a number of issues under the FTA, including economic relations between the two sides and customs related issues, as well as areas for a possible deepening of trade relations.
The Joint Committee adopted one decision replacing the current Protocol B on rules of origin with the linkage to the Regional Convention on Pan-Euro-Mediterranean preferential rules of origin.
Ambassador Martin Eyjólfsson from Iceland acted as spokesperson for the EFTA States, while the Egyptian delegation was headed by Mr Sayed Elbous, Senior Advisor to the Minister at the Ministry of Trade and Industry of Egypt.
Total merchandise trade between the EFTA States and Egypt stood at USD 1.2 billion in 2015, making Egypt EFTA’s third largest merchandise trade partner in Africa. Among EFTA’s leading exports to Egypt were pharmaceuticals, precious metals and organic chemicals. The main import items from Egypt were mineral fuels, apparel and cotton.
Read more about EFTA-Egypt free trade relations and statistics.
Share this
Email Facebook Twitter Google Plus LinkedIn