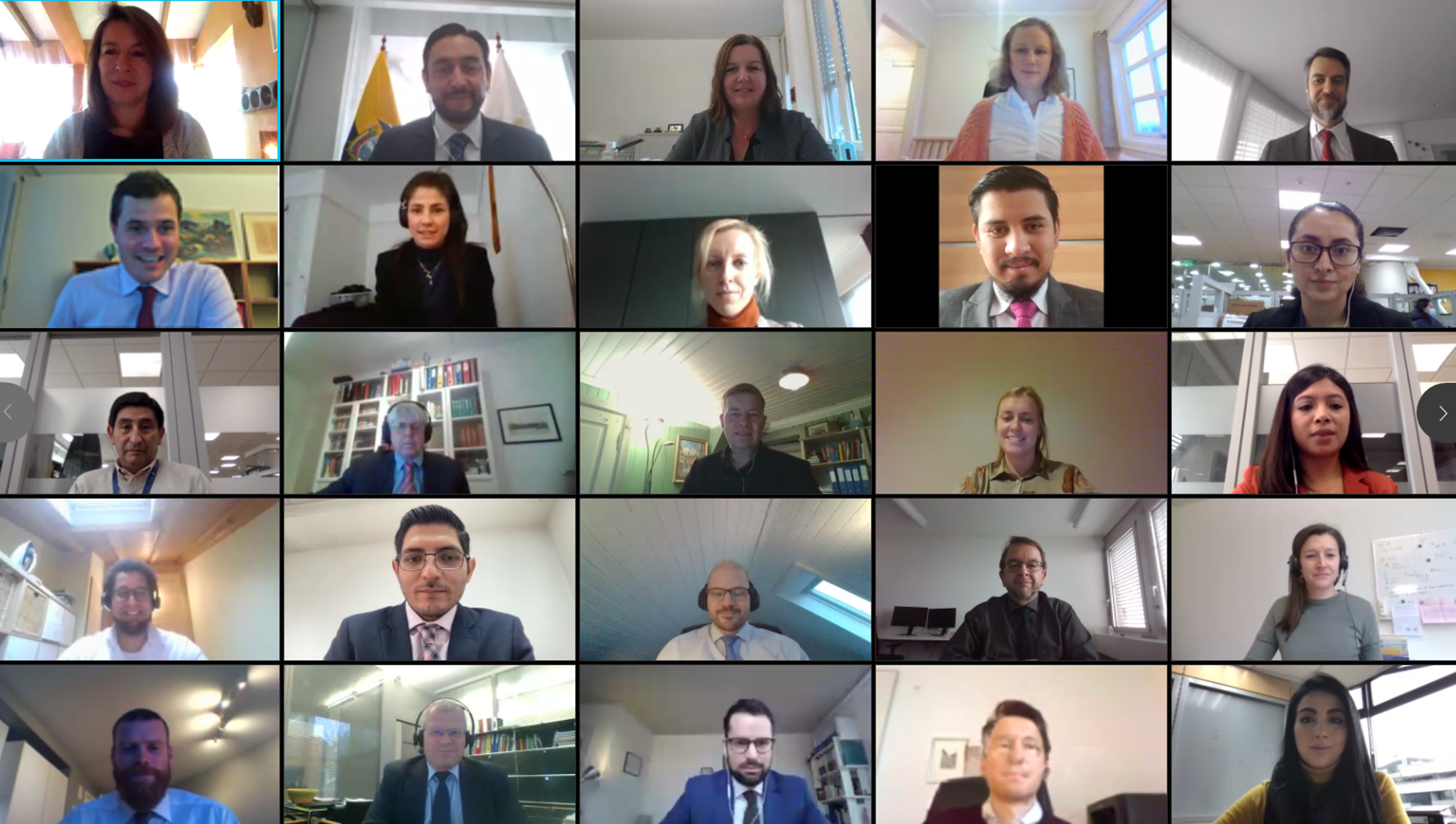 Group picture of EFTA and Ecuador delegates and their respective spokesperson; Ms Karin Büchel, Minister, head of Free Trade Agreements/EFTA (top row, middle), Swiss State Secretariat for Economic Affairs and Mr. Daniel Eduardo Legarda Touma, Ecuadorian Deputy Minister of Foreign Trade (top row, second to the left)
On 14 December 2021, delegations from the EFTA States and Ecuador met by videoconference for their first Joint Committee meeting after the entry into force of their Comprehensive Economic Partnership Agreement on 1 November 2020. The meeting was preceded by the first meeting of the Sub-Committee on Trade in Goods on 13 December 2021.

Ms Karin Büchel, Minister and head of the Free Trade Agreements and EFTA unit at the Swiss State Secretariat for Economic Affairs, acted as the EFTA spokesperson, while Deputy Minister of Foreign Trade, Mr Daniel Legarda, headed the Ecuadorian delegation.

The Joint Committee adopted Decisions 1/2021 establishing the Joint Committee’s rules of procedure and 2/2021 amending Annex I to the Agreement, which mainly removes the threshold for Ecuadorian exporters to use the origin declaration.

The EFTA countries exported goods worth USD 106 million to Ecuador in 2020. Pharmaceutical products accounted for over half of this amount. In return, EFTA’s imports from Ecuador amounted to USD 113 million in the same year and were mainly composed of fruit, nuts, cocoa, and cocoa preparations. All trade figures exclude gold.

A report of the meeting will be published in the upcoming days.

Read more about merchandise trade between EFTA and Ecuador here.