EFTA and Ecuador hold fifth round of negotiations 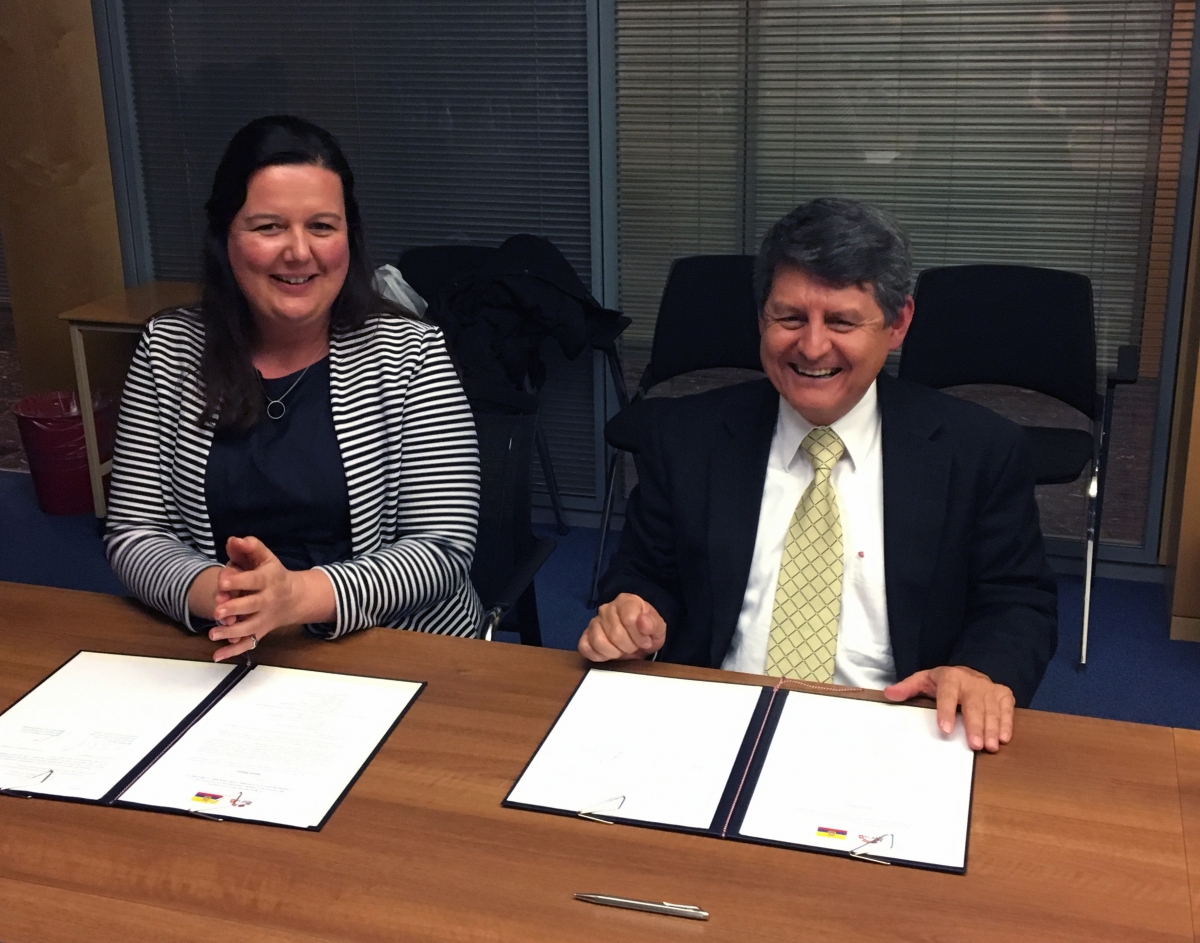 Vice Minister Humberto Jiménez Torres and Minister Karin Büchel at the meeting in EFTA's headquarters in Geneva.
From 11 to 15 December 2017, the EFTA States (Iceland, Liechtenstein, Norway and Switzerland) and Ecuador held the fifth round of negotiations on a Comprehensive Economic Partnership Agreement (CEPA) in Geneva, Switzerland.
Delegations continued their work in a constructive atmosphere on the basis of the results achieved in the fourth round, held in October in Geneva, Switzerland and from an important number of intersessional meetings. The intersessional exchanges and the fifth round allowed them to conclude negotiations in a number of areas, subject to legal review of the texts, where as in some other areas a limited number of open issues and follow-up work remain. Delegations agreed to aim at completing the follow-up work and the legal review of the texts in the first half of next year.
The negotiations on a Comprehensive Economic Partnership Agreement between the EFTA States and Ecuador were started in November 2016. Merchandise trade between the EFTA States and Ecuador reached USD 275 million in 2016. EFTA’s top exports to Ecuador include pharmaceutical products, chemicals, machinery and mechanical appliances. EFTA’s imports from Ecuador are mainly fruits, cocoa, cut flowers and precious metals. Pharmaceuticals represent over 60% of EFTA’s exports to Ecuador, while fruits represent 40% of Ecuador’s exports to EFTA. The stock of foreign direct investment in Ecuador’s economy originating from the EFTA States reached USD 678 million in 2012.
In addition to the European Economic Area (EEA) and the Swiss-EU bilateral agreement, the EFTA States today have 27 concluded free trade agreements (FTAs) with a total of 38 partner countries worldwide.
Read more on trade statistics between EFTA and Ecuador.
Share this
Email Facebook Twitter Google Plus LinkedIn