EFTA and Chile hold third round of negotiations via videoconference 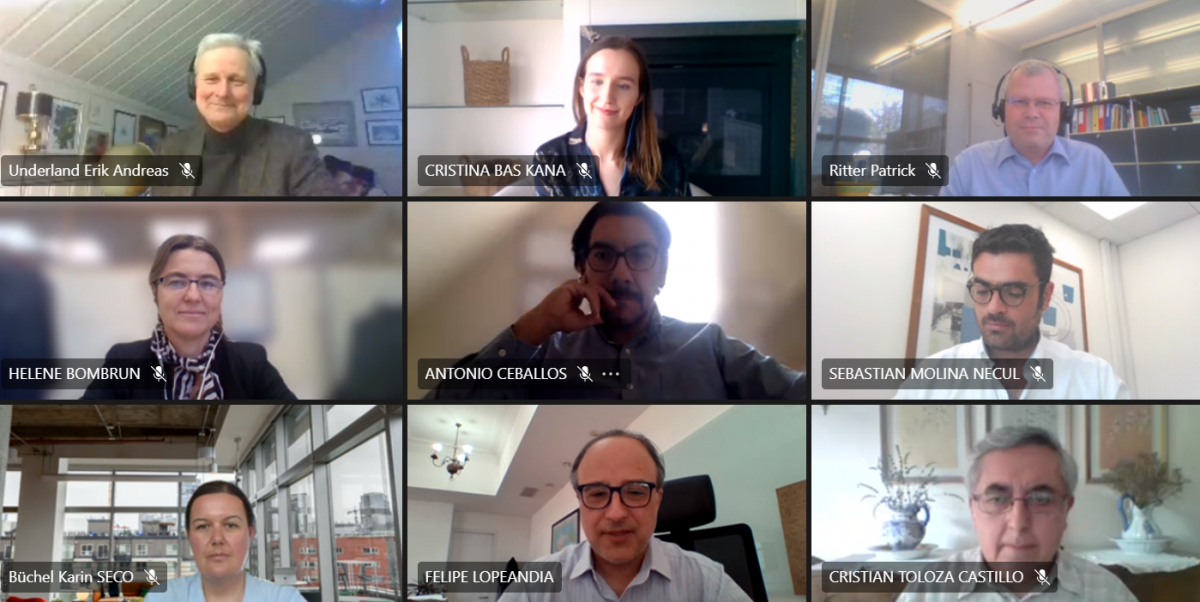 From 8 to 12 March 2021, delegations from the EFTA States and Chile met by videoconference for the third round of negotiations on the modernisation and expansion of their existing free trade agreement.

The parties had in-depth discussions and made good progress. Expert discussions were held in most areas under the modernisation, namely trade in goods, rules of origin, trade facilitation, trade remedies, legal and horizontal issues, trade in services including financial services, intellectual property rights, government procurement and trade and sustainable development. In the area of technical barriers to trade, delegations were able to conclude.

Bilateral trade between EFTA and Chile has grown strongly since the agreement entered into force in 2004. Excluding gold, EFTA’s imports from Chile have more than doubled from EUR 88 million in 2004 to 194 million in 2019 while exports increased from 142 to 416 million over the same period. In total, trade has increased by 16 percent in the 16 years after the entry into force. EFTA’s main exports to Chile in 2020 included pharmaceuticals, machinery, medical instruments and ships, while fruits, inorganic chemicals, wine, and fish oil were important imports.