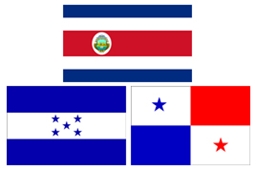 Meeting on 4-7 June 2012 in Panama City, delegations from the EFTA States, on the one hand, and Costa Rica, Honduras and Panama, on the other hand, made significant headway in their negotiations on a broad-based free trade agreement.

The negotiating process had been launched at Ministerial level in November 2011 and a first round was conducted in February 2012 in Geneva. Based on text proposals prepared by the two sides, the talks in Panama covered all topics foreseen to be included in the future agreement. In light of the good overall progress achieved, delegations agreed on an ambitious work programme towards an early conclusion of the negotiations.

The EFTA team during the round was led by Ambassador Didier Chambovey from Switzerland, while on the Central American side Mr Luis Garrido, for Panama, Mr Ricardo Zuñiga, for Costa Rica, and Mr César Antonio Díaz Matute, for Honduras, acted as chief negotiators.

During the last decade, merchandise trade between EFTA and the Central American countries has increased substantially to reach almost USD 1 billion in 2011.