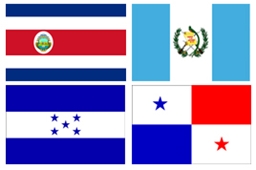 At a fifth round of negotiations held in Guatemala City on 10-14 December 2012, delegations from the EFTA States as well as Costa Rica, Guatemala, Honduras and Panama made important progress towards the conclusion of a free trade agreement between the two sides.

In intensive discussions, the negotiations with Costa Rica could be substantially concluded, while those with Panama came close to completion. With Guatemala and Honduras, further talks will be needed notably on market access commitments for goods. Additional work also remains to be done in some other areas, such as trade in services.

The Parties concerned will pursue their discussions in early 2013 with a view to finalising the negotiations swiftly and to signing the free trade agreement by mid-2013.

The EFTA team during the round was again led by Ambassador Didier Chambovey from Switzerland. Bilateral merchandise trade between the two regions reached almost USD 1 billion in 2011.