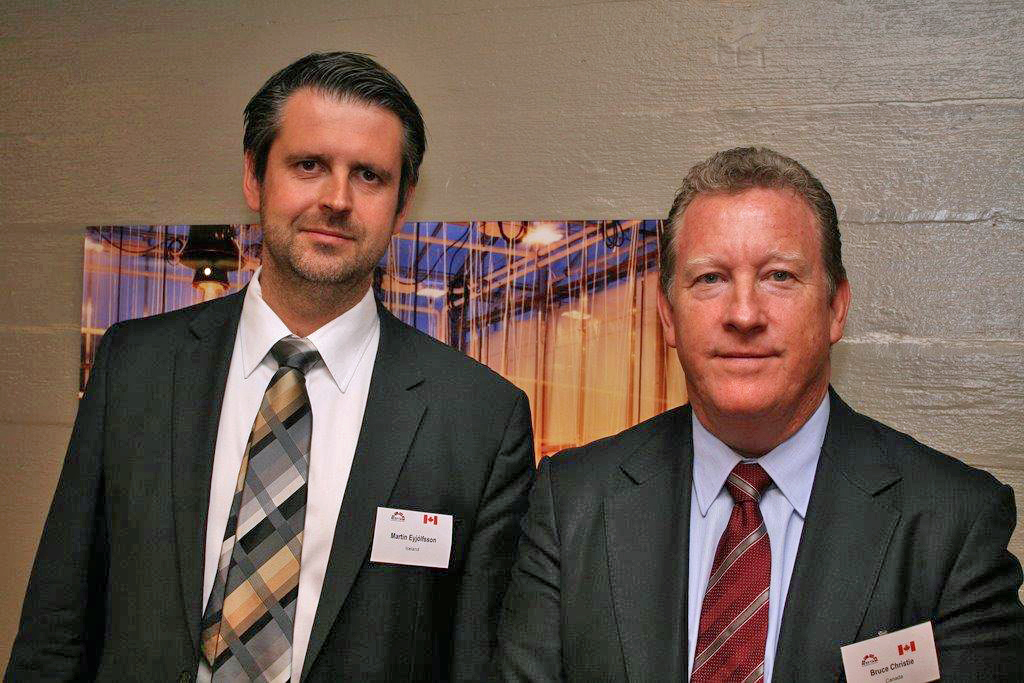 Ambassador Martin Eyjólfsson from Iceland and Mr Bruce Christie, Director General of the Intellectual Property and Services Trade Bureau, Global Affairs Canada
On 5-6 May 2014 in Reykjavik, Iceland, delegations from the EFTA States and Canada reviewed the functioning of the free trade agreement (FTA) between the two sides and discussed prospects for its further development.

After five years of application, the Joint Committee made a positive assessment of the functioning and effect on bilateral trade of the FTA. It adopted a decision updating the annex on rules of origin and administrative cooperation.

Delegations confirmed a common understanding that there is potential to upgrade the agreement and expand its scope to areas such as trade in services, investment, government procurement and sustainable development, to the benefit of economic operators and consumers of both sides.

In that regard, information on both sides’ latest preferential trade agreements with third parties was exchanged, and the Committee decided to launch a formal exploratory process in view of possible negotiations on modernising and extending the FTA.

The EFTA team was headed by Ambassador Martin Eyjólfsson from Iceland, while Bruce Christie, Minister and Deputy Permanent Representative at Canada’s Mission in Geneva, led the Canadian delegation.