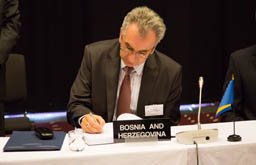 Mirko Šarović, Minister of Foreign Trade and Economic Relations, Bosnia and Herzegovina, signing the Free Trade Agreement.
Ministers from the Member States of the European Free Trade Association (EFTA) – Iceland, Liechtenstein, Norway and Switzerland – and from Bosnia and Herzegovina have signed a Free Trade Agreement (FTA) today. The FTA will further strengthen the economic ties and promote trade and investment between the two sides.

Economic Relations of Bosnia and Herzegovina.

While the FTA covers primarily trade in industrial goods, including fish and other marine products, bilateral agreements on agricultural products between the individual EFTA States and Bosnia and Herzegovina also form part of the instruments establishing the free trade area between the two sides. In other fields, the basis has been laid for agreeing on preferential rules in the future. A Joint Committee will supervise the functioning of the FTA, which will become effective after completion of the necessary internal procedures by the Parties.

Economic relations between the EFTA States and Bosnia and Herzegovina

With a combined population of around 13 million, the EFTA States are the world’s 11th largest merchandise trader, as well as significant actors in the areas of trade in services and foreign direct investment. They have now 26 FTAs with a total of 36 partner countries outside the European Union. 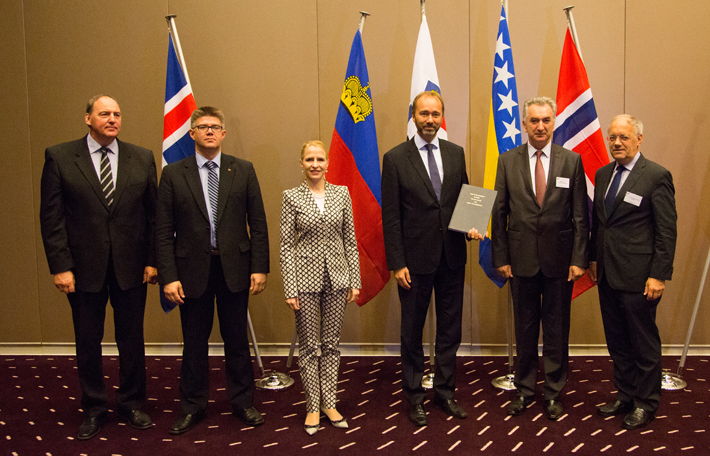