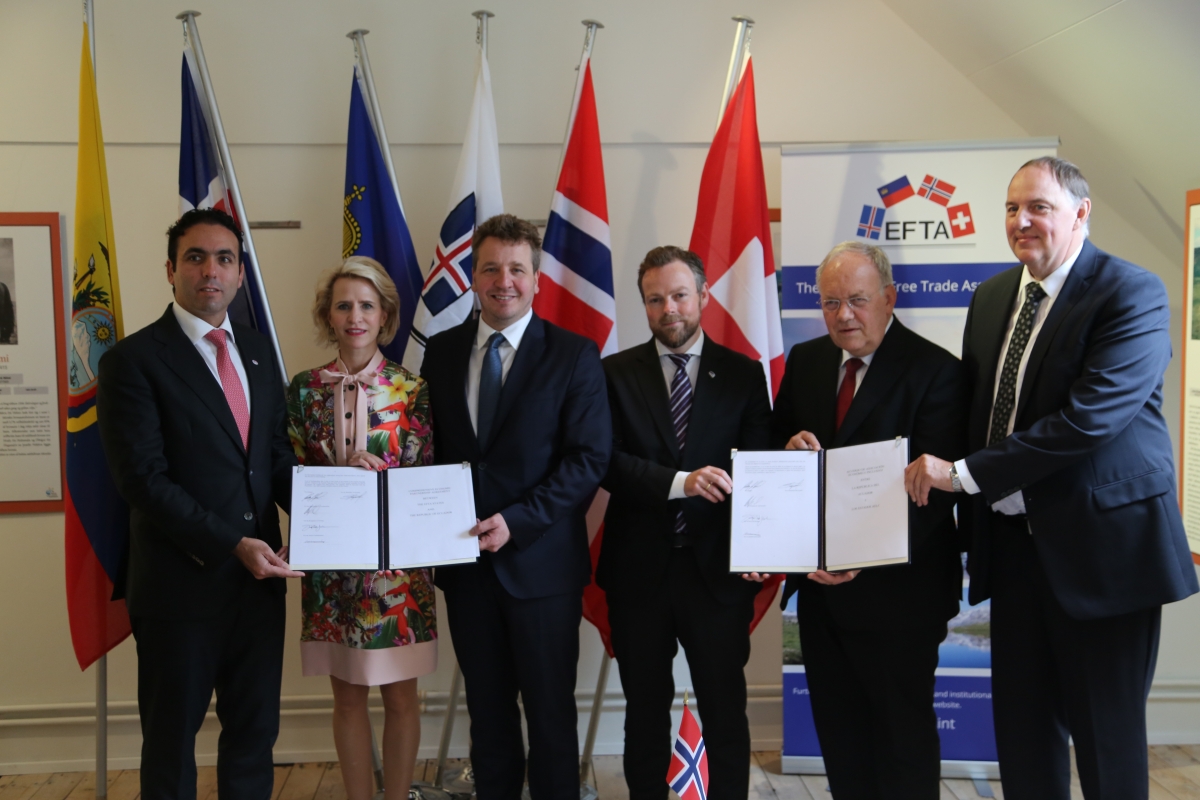 “The negotiations have from the start been conducted in a very cooperative, effective and constructive manner. The fact that we have been able to conclude a very comprehensive Agreement in only five rounds is both a testimony to the political investment on both sides as well as the professionalism and dedication of our negotiators. This Agreement covers all areas of a modern free trade Agreement and the EFTA States are confident that it will be a solid basis for increased trade and investment between the Parties. We are convinced that this Agreement will create additional business opportunities for economic operators both in Ecuador and in the EFTA States,” said Guðlaugur Þór Þórðarson, Iceland’s Foreign Minister, as Chair of the EFTA States.

The EFTA-Ecuador CEPA has a comprehensive coverage, comprising trade in goods (including sanitary and phytosanitary measures, technical barriers to trade, trade remedies, rules of origin and trade facilitation), trade in services, establishment (investment), intellectual property rights, government procurement, competition, trade and sustainable development and cooperation. A Joint Committee will oversee the implementation of the Agreement. The Agreement will enter into force after completion of the necessary internal procedures for ratification by the Parties.

The Ministers of Ecuador and the EFTA States noted the close and significant economic relations between both sides and they underlined that the signing of the Agreement represented a landmark for further strengthening this relationship. The preferential market access and the rules and disciplines governing the economic relations between the Parties under the CEPA will provide a strong stimulus for the further development of trade and investment by creating new opportunities for economic actors of both sides.

Economic relations between the EFTA States and Ecuador

With a combined population of 13 million and a combined GDP of more than USD 1 trillion, the EFTA States are the world’s ninth largest merchandise trader and the fifth largest trader in commercial services, as well as significant actors in the area of foreign direct investment. In addition to the European Economic Area (EEA) and the Swiss-EU bilateral agreements, the EFTA States today have 28 concluded free trade agreements (FTAs) with a total of 39 partner countries worldwide.

Click here for high-resolution pictures from the EFTA Ministerial meeting.

Today #EFTA States signed a Comprehensive Partnership Agreement #CEPA #FTA with #Ecuador. "We are convinced that this Agreement will create additional business opportunities for economic operators in Ecuador and in the EFTA States,” said @GudlaugurThor Chair of @EFTAsecretariat pic.twitter.com/X0k3UlsAfw