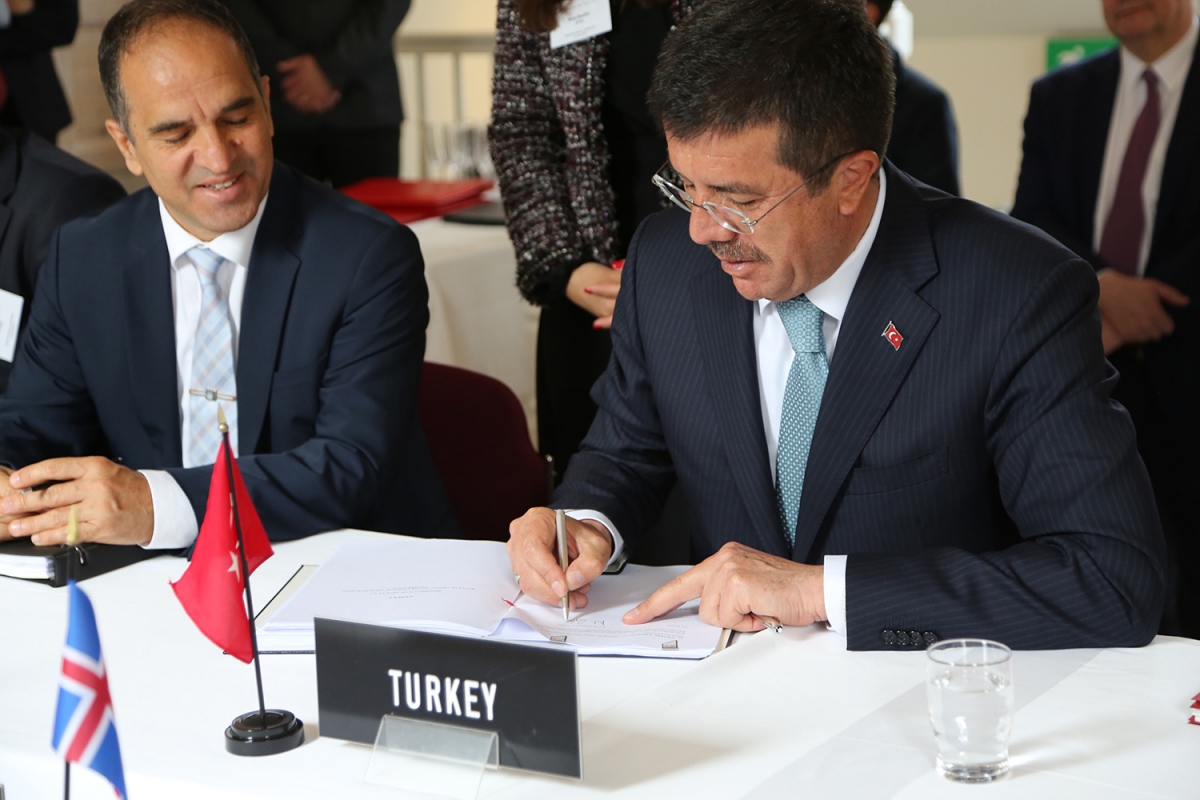 The new Agreement was signed by Mr Nihat Zeybekci, Minister of Economy, on the Turkish side.
27 years after signing EFTA’s oldest existing free trade agreement, the EFTA countries and Turkey today signed a modernised and expanded Agreement in Sauðárkrókur, Iceland, to update and reinforce trade relations. The Agreement has been comprehensively updated.

The modernised EFTA-Turkey FTA was signed by Mr. Nihat Zeybekci, Minister of Economy of Turkey, and, on the EFTA side, by Mr Guðlaugur Þór Þórðarson, Minister for Foreign Affairs and External Trade of Iceland and Chair of the EFTA Council at Ministerial Level, as well as by Ms Aurelia C.K. Frick, Minister for Foreign Affairs, Justice and Culture of Liechtenstein, Mr Torbjørn Røe Isaksen, Minister of Trade and Industry of Norway and Mr Johann N. Schneider-Ammann, Federal Councillor, Head of the Federal Department of Economic Affairs, Education and Research of Switzerland. The modernised Agreement will further strengthen the close and significant economic relations and promote trade and investment between the two sides.

The existing EFTA-Turkey FTA, which entered into force for all Parties on 1 April 1992, mainly includes provisions relating to the elimination of customs duties and other trade barriers for trade in goods, rules of origin, protection of intellectual property rights, as well as general provisions on competition and government procurement.

At the 11th meeting of the Joint Committee under the existing EFTA-Turkey FTA, held on 19 June 2014 in Ankara, both sides agreed on the scope and process for further developing the Agreement. The negotiations for the modernisation and expansion of the existing EFTA-Turkey FTA started in September 2014 and were concluded in November 2017 in six rounds. The modernised EFTA-Turkey FTA has comprehensive coverage, including trade in goods, rules of origin, trade facilitation, SPS, TBT, trade in services, competition, protection of intellectual property rights and trade and sustainable development. Updated and partly enhanced bilateral arrangements on agricultural products between the individual EFTA States and Turkey continue to form part of the instruments establishing the free trade area between them.

The modernised Agreement will enter into force and replace the existing Agreement after completion by the Parties of the necessary internal procedures for ratification.

Economic relations between the EFTA States and Turkey

With a combined population of over 13 million and a combined GDP of more than USD 1 trillion, the EFTA States are the world’s ninth largest merchandise trader and the fifth largest trader in commercial services, as well as significant actors in the area of foreign direct investment. In addition to the European Economic Area (EEA) and the Swiss-EU bilateral agreements, the EFTA States today have 28 concluded free trade agreements (FTAs) with a total of 39 partner countries worldwide.

Click here for high-resolution photos from the signing ceremony. 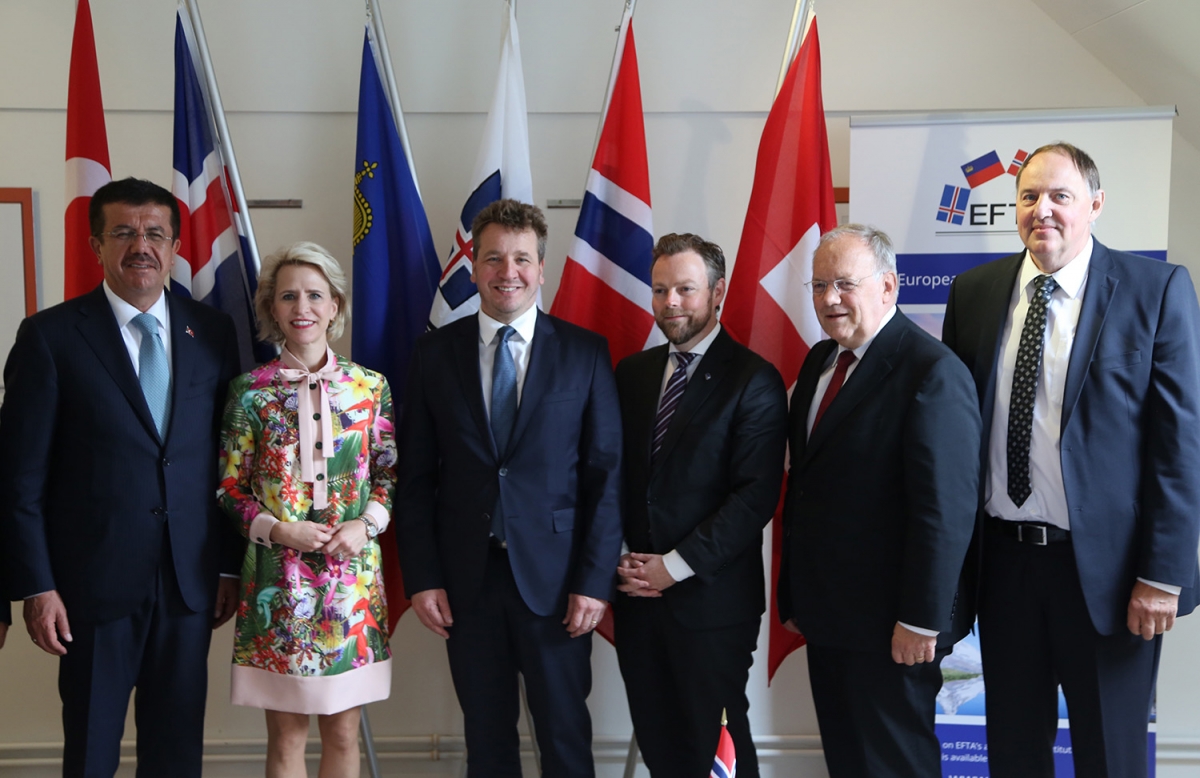