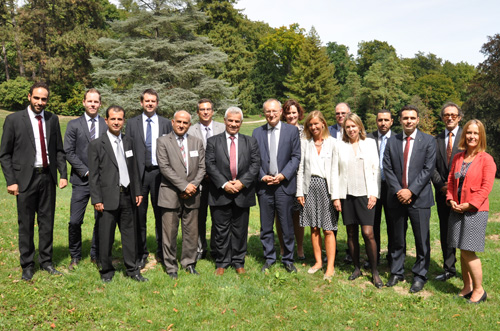 Delegations from the EFTA States and Palestine met on 27 August in Geneva for a fifth Sub- and Joint Committee meeting under their Interim Agreement.

The Parties exchanged views on the economic developments in the EFTA States and in Palestine since their last meeting in 2012, and discussed issues linked to their trade agreements such as trade in goods including trade in agricultural goods, customs-related issues, sanitary and phytosanitary measures, technical barriers to trade, intellectual property rights, sustainable development, government procurement, services and investment, and cooperation to further strengthen trade between the Parties.

The EFTA delegation was headed by Ambassador Didier Chambovey from Switzerland, while Deputy Minister Dr Taisir Amre from the Ministry of National Economy led the delegation from Palestine.

The Interim Agreement on free trade between the EFTA States and the Palestinian Authority, as well as bilateral agreements on trade in agricultural products, was concluded in 1998 and remains one of EFTA’s oldest free trade agreements. In 2014 merchandise trade between EFTA and Palestine amounted to USD 27 million. EFTA’s main exports to Palestine consist of pharmaceutical products; tobacco; optical, medical and surgical instruments; and machinery. The primary exports from Palestine to the EFTA States are fats and oils, as well as fruits and nuts.