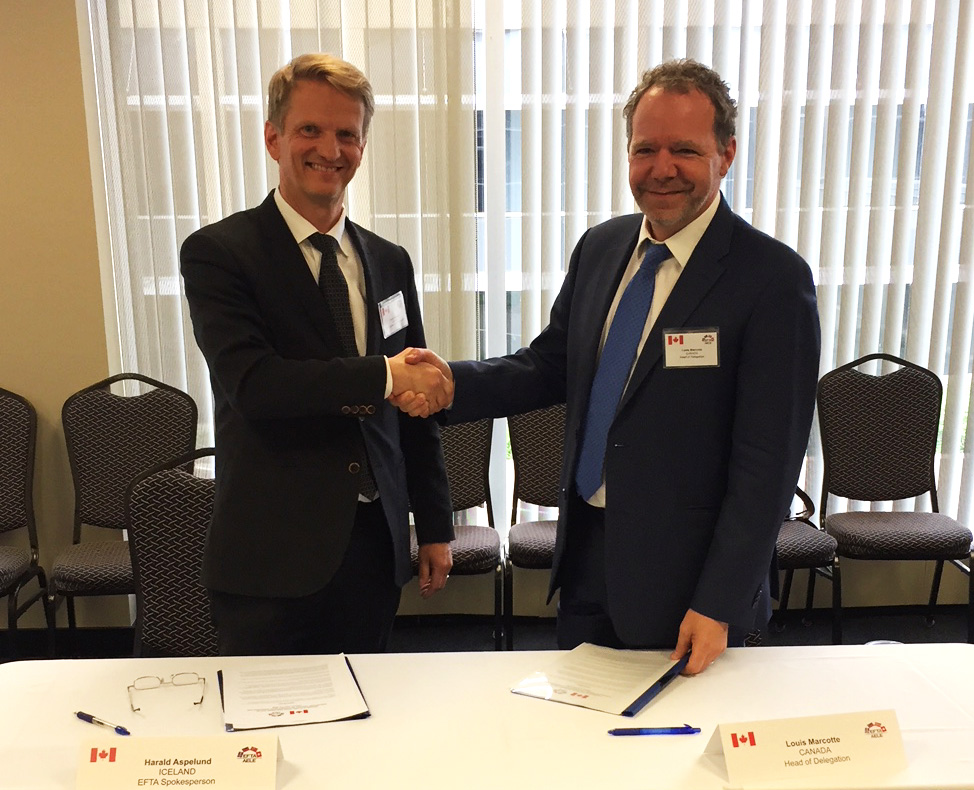 Both sides reaffirmed that they saw potential to enhance the scope of the existing agreement by possibly extending it to areas beyond trade in goods. During this meeting, Heads of delegations and experts discussed the respective approaches and objectives with regard to investment and trade in services, the possibilities for updating and improving commitments on trade in goods, the priorities with regard to government procurement as well as the respective approaches regarding trade and sustainable development and related issues.

Delegations agreed to stay in contact before the summer break in order to discuss next steps.

Merchandise trade between the EFTA States and Canada reached USD 7 billion in 2017. The EFTA States exported goods valued at USD 4.3 billion and imported goods worth USD 2.7 billion. Bilateral economic relations are also characterised by substantial levels of trade in services and investment flows.